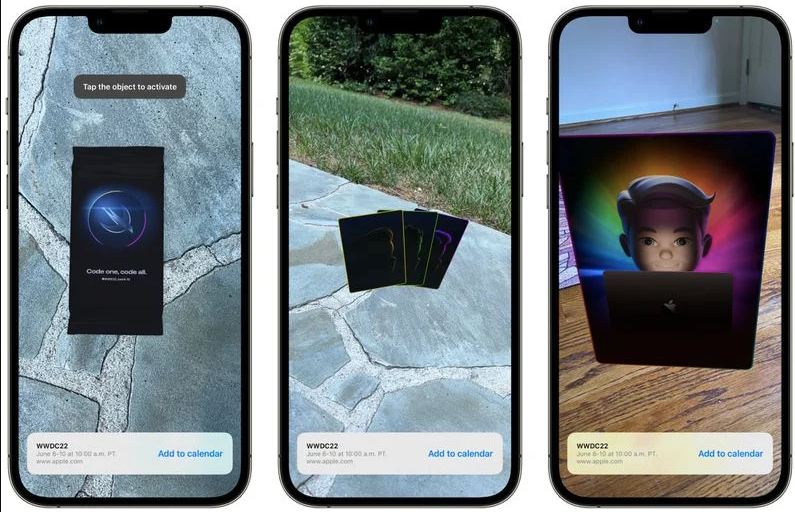 The Worldwide Developer Conference 2022, hosted by Apple, will be held online between June 6–10...

The Apple-hosted Worldwide Developer Conference 2022 will take place online from June 6 to 10, and will feature some of the industry's top professionals and advocates.

In the run-up to the 33rd annual Worldwide Developers Conference (WDDC), which kicks off on June 6, Apple has announced intentions to show off four new devices and software versions, including iOS 15, iPadOS 15, macOS Monterey, and watchOS 8.

In addition, passionate forums like MacRumours, which focus their coverage on supporting and debating Apple's growth, discovered that by clicking on the memoji characters, an augmented reality mode is revealed with three trading card characters eligible to claim.

Over the last few years, the memoji characters have become a permanent fixture in Apple's consumer branding strategy, as the business recognized the cultural significance of memes and mascot brand marketing.

These cards are likely to be positioned as Web2 elements exclusively for collector purposes, with no intrinsic or tradable value, during WWDC.

However, the easter egg function has sparked some speculation among the non-fungible token community about the prospect of future Apple NFTs due to their aesthetic similarities to avatars from RTFKT Studios' CloneX and animated cards from Gary Vaynerchuk's VeeFriends Series 2.

Tim Cook, Apple's CEO, expressed optimism for the societal adoption of augmented reality and metaverse technologies during the firm's Q1 2022 earnings call, stating that the business intends to "invest appropriately" in the emerging sector.

Apple's mixed-reality headset, which combines virtual and augmented reality, was supposed to be unveiled at the WWDC conference, but following a series of delays in development, that prospect looks unlikely.