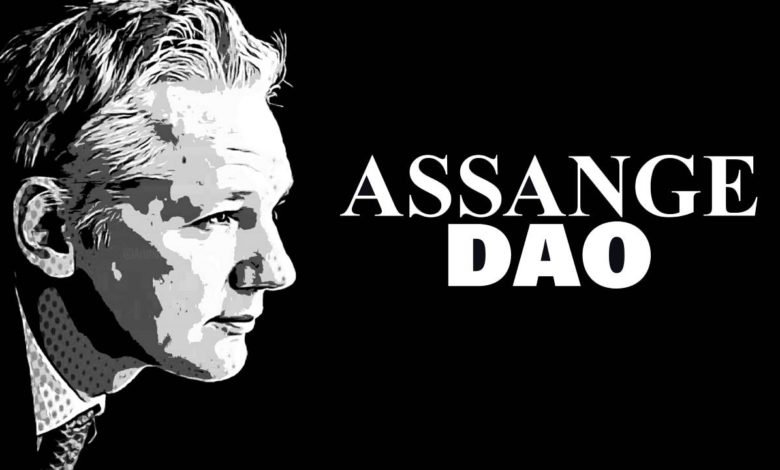 AssangeDAO's core members explain how a decentralized autonomous organization could obtain Julian Assange's release in an exclusive interview with Cointelegraph.

“DAOs, in a way, they are are a very powerful token-based coordination mechanism that any person now can wield outside of the legacy financial system,” said Silke Noa, a core member of the AssangeDAO, which recently collected $53 million in support of WikiLeaks founder Julian Assange.

Can a DAO free Julian Assange? And why is the crypto community rallying around Wikileak's founder? Find out in our latest interview with @silkenoa and @GabrielShipton from @AssangeDAO ! https://t.co/DkHeNn6EOR

The funding campaign, according to Noa, was a "great success" that demonstrated the strength of a decentralized autonomous organization in influencing political and social concerns. Anyone who wants to help Assange may donate in Ether (ETH) and become a member of the DAO through the DAO mechanism.

AssangeDAO members received a proportional amount of JUSTICE, the organization's governance token, in exchange for voting on how the cash obtained will be spent and future projects targeted at helping the whistleblower's cause.

“It really sends a message, a political message, that there is some political cost to this persecution of Julian,” said Assange’s brother, Gabriel Shipton, commenting on the successful campaign.

The funds will be used to cover Assange's legal costs as well as fighting for his release from the UK prison where he has been imprisoned for nearly three years. Assange recently appealed a decision by a UK court that could result in his extradition to the US, where he could be convicted and sentenced to life in prison for publishing classified documents. Assange's supporters see him as a defender of free expression.

The AssangeDAO was able to raise the funds by bidding in Assange and digital artist Pak's "Censored" non-fungible token (NFT) auction. The NFT auction featured a one-of-one piece called "Clock" as well as an open piece in which each participant could mint their own NFT. Those NFTs will not be tradable until Assange is released.

And @AssangeDAO acquires Clock for 16593 ETH.