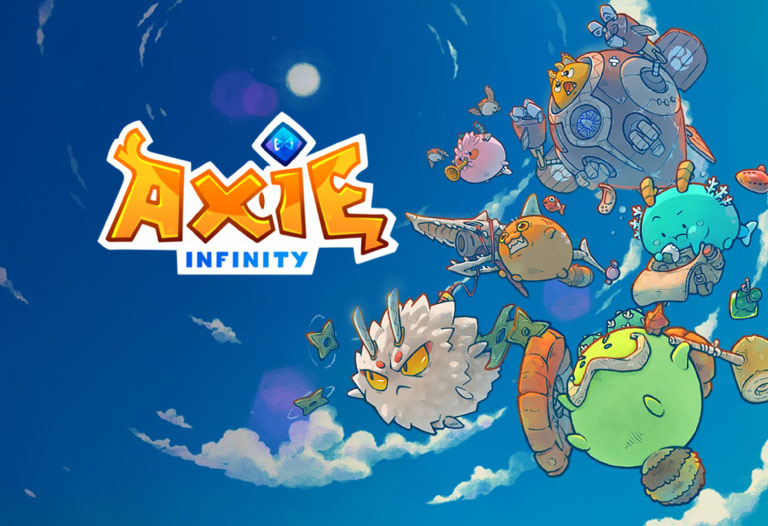 Axie Infinity Recorded Nearly $3.5B Worth of NFTs in 2021

According to a recent NonFungible report, players of the monster-battle non-fungible tokens, or NFTs, game Axie Infinity traded nearly $3.5 billion in NFTs in 2021.

This will account for nearly two-thirds of all NFTs exchanged in the blockchain gaming industry in 2021. NBA Top Shot, a sports highlights marketplace, came in second with $827 million and Loot, a community gaming platform, came in third with $242 million.

Axie Infinity was created in 2018 by Sky Mavis, a Vietnamese video game developer. The play-to-earn (P2E) game features "Axies," which players acquire and use to fulfill daily objectives, combat other players, and so on. Each Axie is a non-fungible token (NFT) minted on the Ethereum (ETH) blockchain. Completing tasks with Axies players earn Smooth Love Potions (SLPs), in-game currency, which can be sold for cash on cryptocurrency exchanges; thus, providing a steady source of income to players. Axie Infinity accounted for 19% of the estimated $17 billion in all NFT transactions last year.

Last November, Axie Infinity gained a lot of traction, especially among players in developing nations, where playing Axie Infinity can make you more money than working minimum wage employment. Players, on the other hand, have complained to the developers that their revenues have decreased since the price of SLP has dropped significantly in the last year.

Although, part of the price decrease can be attributed to increased token inflation as more people join and play the game. There are approximately 2.7 million monthly Axie players as of this publication, compared to slightly over 1 million in March. However, the circulating quantity of SLP has increased from 541.7 million to 5.13 billion since July 2021.

Last year, blockchain gamers traded $5.18 billion worth of NFTs, spread out over 20,986,532 transactions with a total of 112 blockchain games and 1.88 million active wallets. According to NonFungible's estimate, these figures accounted for 2.18 percent of the global gaming market in 2021.