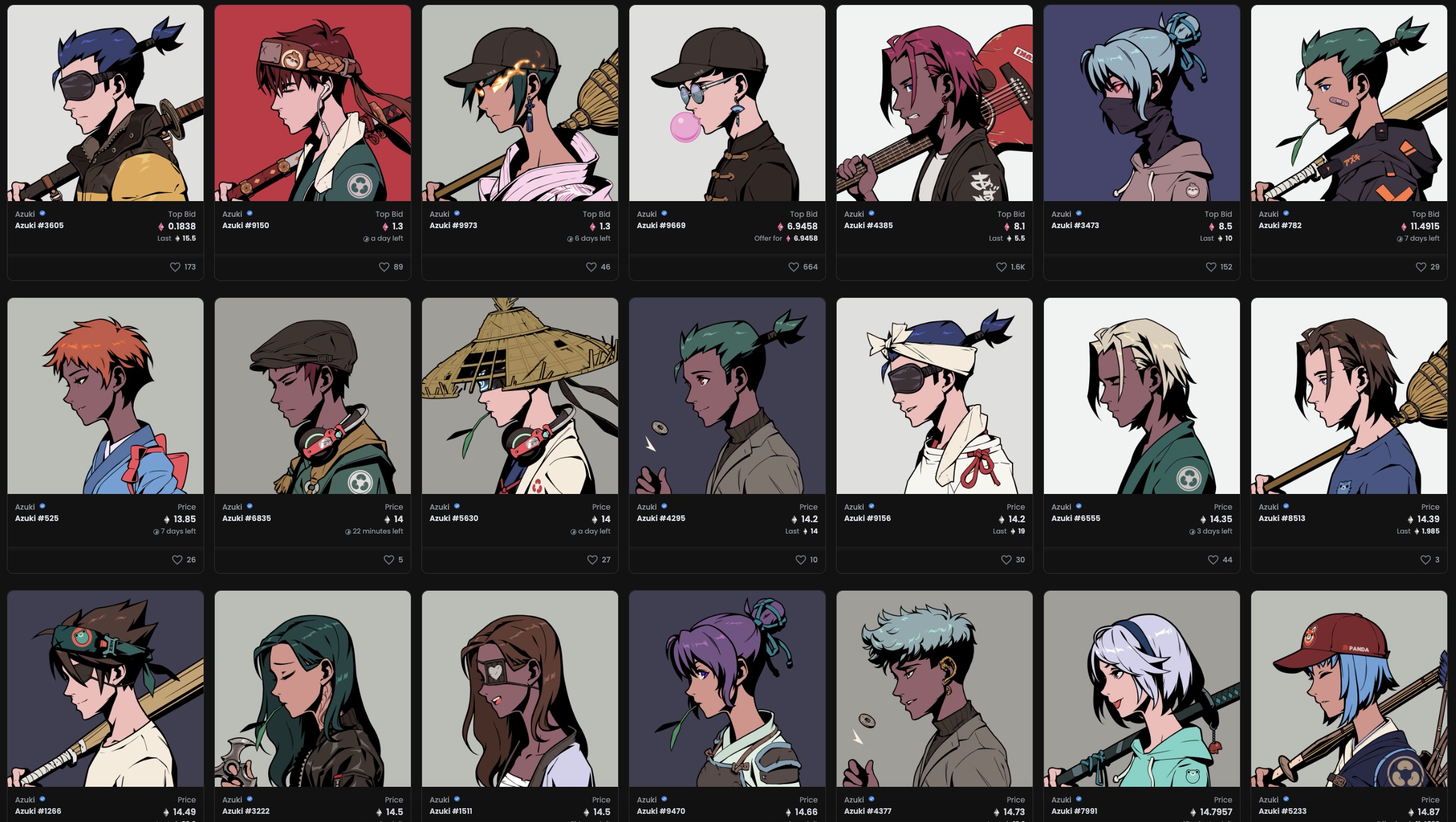 The project’s floor price has dropped dramatically following the news...

Azuki founder, who goes by the Twitter handle Zagabond, outlined his involvement with a few lackluster NFT projects in a blog post that some labeled as “rug pulls” including, Cryptophunks, Tendies, and Cryptozunks, all of which were abandoned by their original founding team.

•Bull or bear, Azuki is building towards the future of web3. We're in it for the long term.
•Builders need to experiment for web3 to challenge web2.
•Azuki is built on learnings from creating Phunks & other projects. This taught me to lead, not follow.https://t.co/Z2enFov8m9

Azuki, on the other hand, hasn't had the best month in terms of floor pricing. According to data from NFT Price Floor, the collection's starting price has dropped 56% in the last month and roughly 63% in the last week. This higher drop is mainly due to the crypto and NFT markets collapsing across the board.

ZachXBT expressed his displeasure with Azuki's blog post, accusing Zagabond of "rugging" on prior projects. A rug pull occurs when an NFT project founder launches a project with a bold roadmap only to abandon it (and their money) after the initial sale.

Zagabond, on the other hand, denied the rug pull allegations leveled against the Tendies, CryptoPhunks, and CryptoZunks (the latter two of which derive their art from the CryptoPunks NFTs).

“Do I wish they were more successful? Of course. There was no product-market fit at the end of the day, but that doesn’t mean it’s a rug,” Zagabond said.