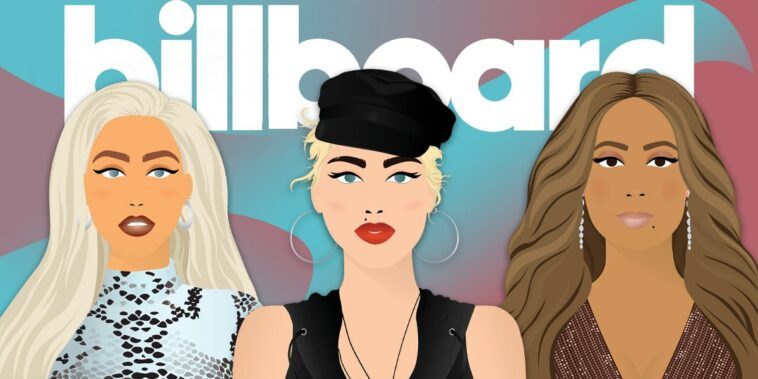 Billboard Magazine is launching its first ever magazine cover NFTs in collaboration with the World of Women (WoW) NFT collection....

Billboard Magazine is launching its first ever magazine cover NFTs in collaboration with the World of Women (WoW) NFT collection.

The collection will feature covers of three iconic female performers: Christina Aguilera, Madonna, and Mariah Carey, and will be curated to commemorate the 2022 Billboard Women in Music event and summit.

It's official: the Billboard x @worldofwomennft collection is live! @xtina announced the drop at #BBWomenInMusic 2022.

Billboard has partnered with World of Women, a brand co-founded and launched in July by NFT artist Yam Karkai with the goal of bringing women into the digital collectible sector through inclusive and inspiring imagery. Karkai's original collection of 10,000 diverse female avatars was initially priced at.07 ETH each, or about $200 at today's exchange rate, but some have since sold for hundreds of thousands of dollars on the secondary market, as celebrities ranging from Eva Longoria to Reese Witherspoon have snapped them up and used them as their own online avatars. The collection has produced more than $200 million in trading volume, and the company is now aiming to empower female artists all across the world by promoting their digital art.

According to Billboard, the Karkai-designed NFTs will be auctioned off on the FTX US NFT Marketplace, and some of the proceeds will go to nonprofit organizations chosen by the cover stars. In addition to that, Billboard stated that they will fly buyers of these NFTs to Los Angeles to attend the Women in Music celebration next year, where they'll walk the red carpet alongside our star honorees.

“It’s an absolute honour and dream-come-true to participate in such a landmark moment with an incredibly inspirational, diverse, and influential group of women” said Karkai. She further added, “there is no better platform to help our community grow and our voices be heard. I cannot wait to be a part of such an influential and motivational collection of female leaders and am thrilled that Billboard is also enabling our community to play a special role”.