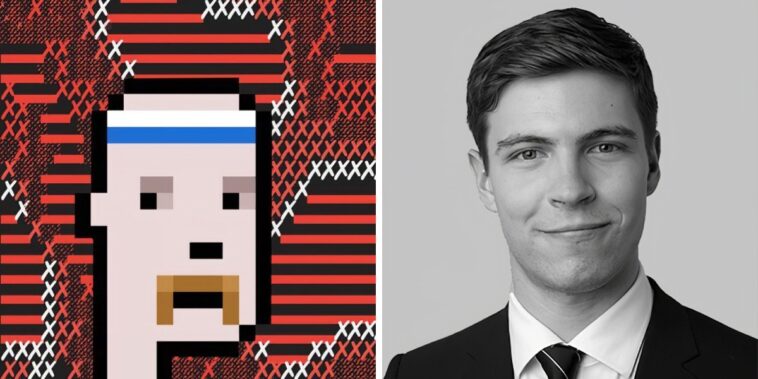 ‍Noah Davis, the head of digital sales at Christie's, recently announced through Twitter that he would be leaving the renowned auction house to manage Yuga Labs' CryptoPunks NFTs. Davis will take up the role of CryptoPunks "Brand Lead" starting from July.

Davis reaffirmed to those following the development of the Punks IP that he has no plans to significantly alter what Yuga Labs, his new employers, have already accomplished with the project and that, like many others, he already admires Punks for who they are rather than what they might become.

I’m humbled and honored to announce I’ll be leaving my current post in July to steward the CryptoPunks as Brand Lead under the umbrella of @yugalabs before I say anything else it’s important to confirm what we WON’T be doing… simply put: I WILL NOT FUCK WITH THE PUNKS… 🧵👇🏻

Davis also recommended setting up a meeting with the owners of Punks at NFT.NYC to talk about their future goals for the project in order to demonstrate his commitment to the community's desires. Although a wide range of options will be available to them given Yuga Labs' enormous financial and cultural sway within the NFT sector, the primary motivation of Punks holders will probably be for the project to finally fulfill its commitment to transfer all commercial rights to its community holders.

Honestly? Fucking speechless after Punk Brunch man. I can sincerely say I love so many of you. Like Love with capital L. The fucking DELUGE of kindness so many of you just unleashed on me… beyond inspirational. I promise to put my heart, soul, brains, guts—all of it—into PUNKS❤️

Following the announcement, 39 CryptoPunks were sold on Sunday, which is more than double the amount sold on Saturday. Since then, some curious community members have wondered whether the sudden increase in trade activity may have been related to insider information.

Noah Davis was responsible for bringing some well-known NFT auctions to Christie's in 2021. Notably, Davis was the primary organizer behind Beeple's "The First 5000 Days" NFT's record-breaking $69 million sale.