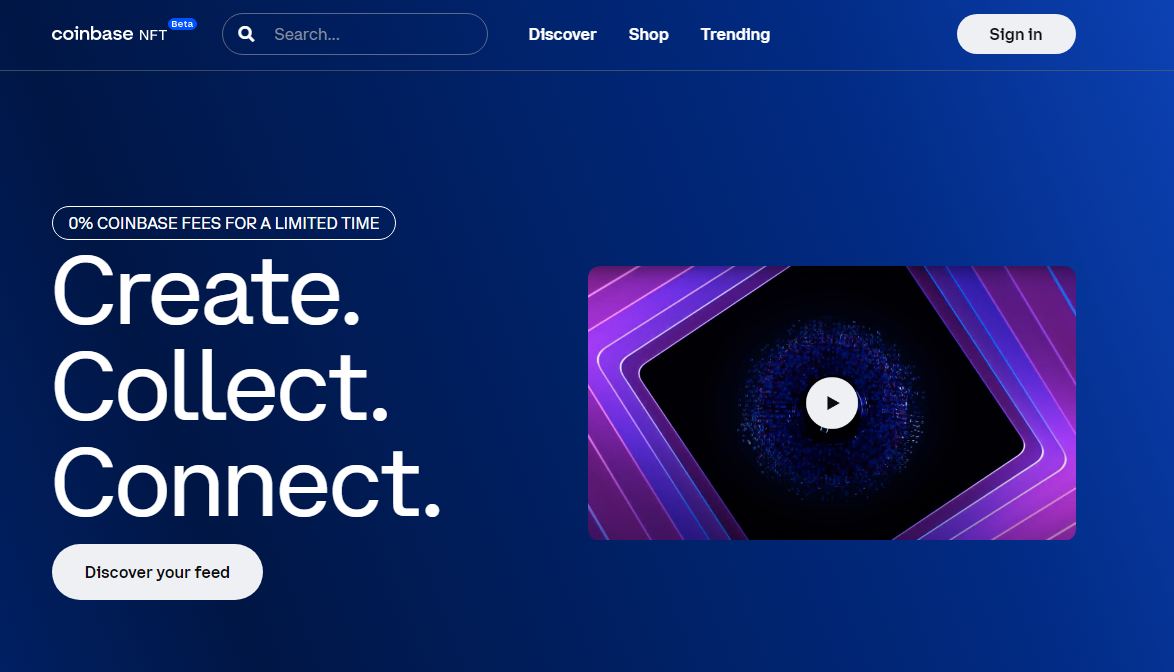 Coinbase is introducing the beta version of its long-awaited NFT marketplace, with the goal of creating a social community for buyers and sellers.

Coinbase just announced that beta testers of its forthcoming NFT marketplace will be able to create online profiles as well as buy and trade NFTs. During a Tuesday press event, Sanchan Saxena, Coinbase's vice president of product and ecosystem, hinted that the marketplace's design would be a mix of a social media platform and existing NFT marketplaces like OpenSea.

“This product is more than just buying and selling,” said Sanchan Saxena. “It’s about building your community. It is about making sure that you can connect and engage with them on the platform.”

According to Saxena, the platform would provide opportunities for users and creators to interact. Coinbase NFT will allow users to follow the profiles of creators and others, comment on artwork, and monitor a customized feed to find new NFTs based on engagement and purchases, just like many other social networking sites.

NFT Community – today, we announced the beta launch of CB NFT. We also want to highlight how we plan on supporting royalties for the #creators.

In terms of comment moderation, Saxena stated the platform would work on the idea that "the law of the land" would be decided by users and lawmakers. The Coinbase team is "not in the business of judging what's right, what's wrong, as long as it's legal," according to the Coinbase executives.

Coinbase said it expected to open access to the NFT marketplace depending on users' waiting positions, with the platform becoming available to anybody over the age of 18 "in the coming weeks." In addition, Coinbase stated that it would "decentralize more features" in the future, such as user comments.