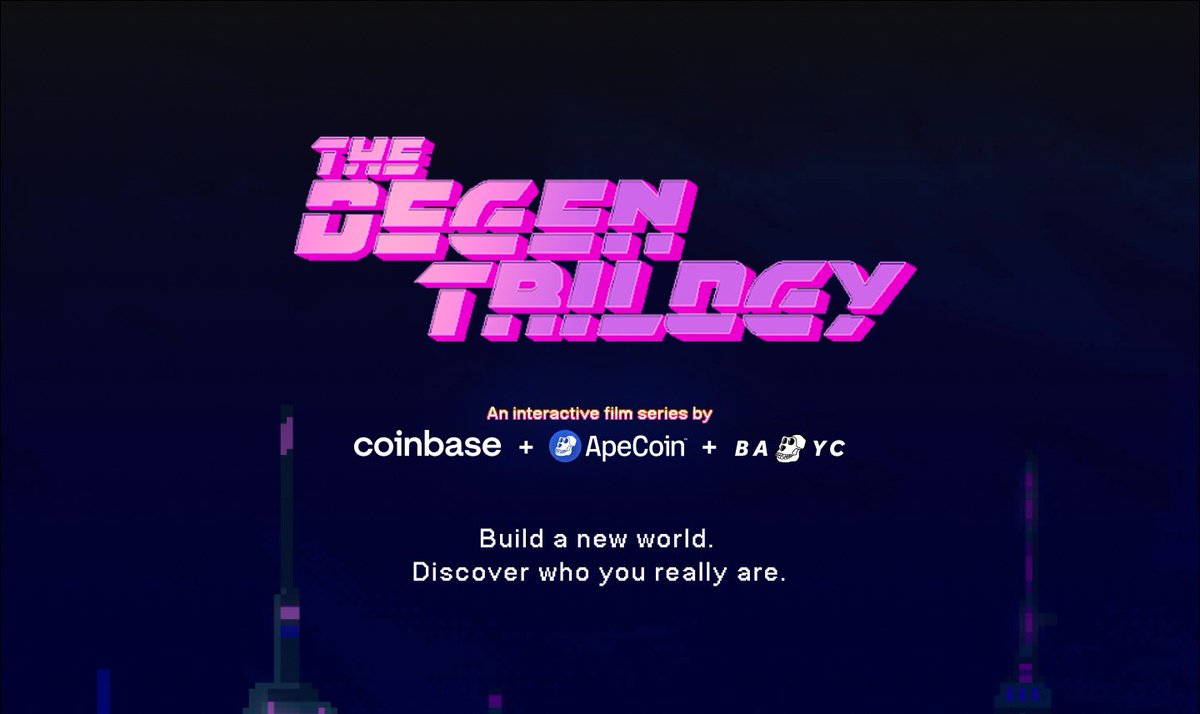 Coinbase is developing a three-part series of animated shorts based on the Bored Ape Yacht Club NFT project...

The Bored Ape Yacht Club will officially enter the entertainment scene with "The Degen Trilogy," a collection of animated short films produced by Coinbase.

The Bored Ape Yacht Club, a collection of 10,000 ape NFTs, and ApeCoin, the recently-launched governance token for Yuga's developing Web3 environment, will be featured in "The Degen Trilogy," which was created with Yuga Labs' approval. The first film in the series will premiere at NFT.NYC in June, followed by two further releases over the next year.

The series' concept was created as a tie-in to Coinbase's forthcoming NFT marketplace. In order to engage the decentralized community of Bored Ape owners, the crypto exchange will collaborate with NFT holders and potentially include their characters in the movie.

Interested members of the Bored Ape Yacht Club NFT can now submit their Apes for consideration via the website's official portal, along with their own personal descriptions. After reviewing the submissions, a casting director will select a character to feature in the animated series.

“We’ve been inspired by the Bored Ape Yacht Club community and excited to invite them to co-create this film with us,” said William Swann, Coinbase’s Entertainment & Culture Marketing Director.

The Bored Ape Yacht Club is one of the most popular NFT projects on the market, with more than $3.2 billion in cumulative secondary market trade activity created by its Ethereum-based collections. The cheapest Bored Ape Yacht Club NFT currently for sale on a marketplace is 111 ETH, which is around $333,694.