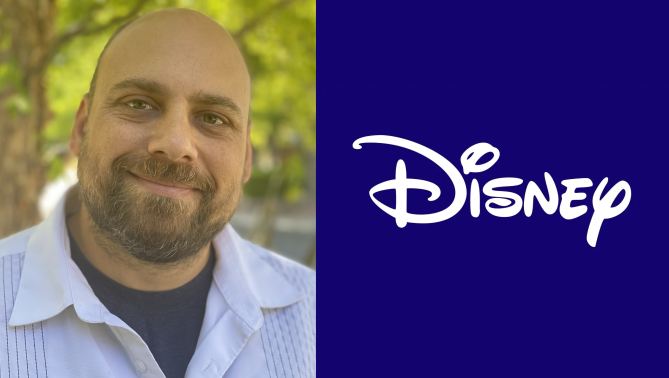 Disney hired Mark Bozon as a senior creative leader for its cross-divisional Next Generation Storytelling initiative...

Mark Bozon, a top gaming executive from Apple, has been hired as a senior creative leader for Disney's cross-divisional Next Generation Storytelling effort, which involves the company's "metaverse" goals.

I’m headed to Disney! Beyond thrilled to work with the best and brightest creative minds in the world. What an absolute dream come true. As a lifelong fan I’m humbled and excited to get started! https://t.co/CbWbERKsES

Bozon announced his departure from Apple in a tweet on May 20th, writing, "I'm headed to an absolute dream job" (without revealing he was heading to Disney). He was most recently the games creative director for Apple Arcade, Apple's game-subscription service.

Bozon will be responsible for leading the group's creative vision and translating that strategy into actionable strategies as Disney's VP of Next Generation Storytelling creative experiences. He'll be in charge of building a multidisciplinary team that will collaborate with Disney businesses in gaming, cinema, television, toys, theme parks, and other areas to create interconnected consumer experiences.

Bozon and his colleagues are also responsible for inventing and fostering "bold ideas," and acting as a clearinghouse for innovative Next Generation Storytelling concepts.

Because the term "metaverse" means different things to different people, Disney has merged efforts under the Next Generation Storytelling banner and defined a strategy focused on creating "new canvases for storytelling and audience engagement" spanning digital, physical, and virtual experiences under White's leadership, according to Disney.

Before joining Apple in June 2010, Bozon worked as a freelance game creator and producer and was the Nintendo Editor for IGN.