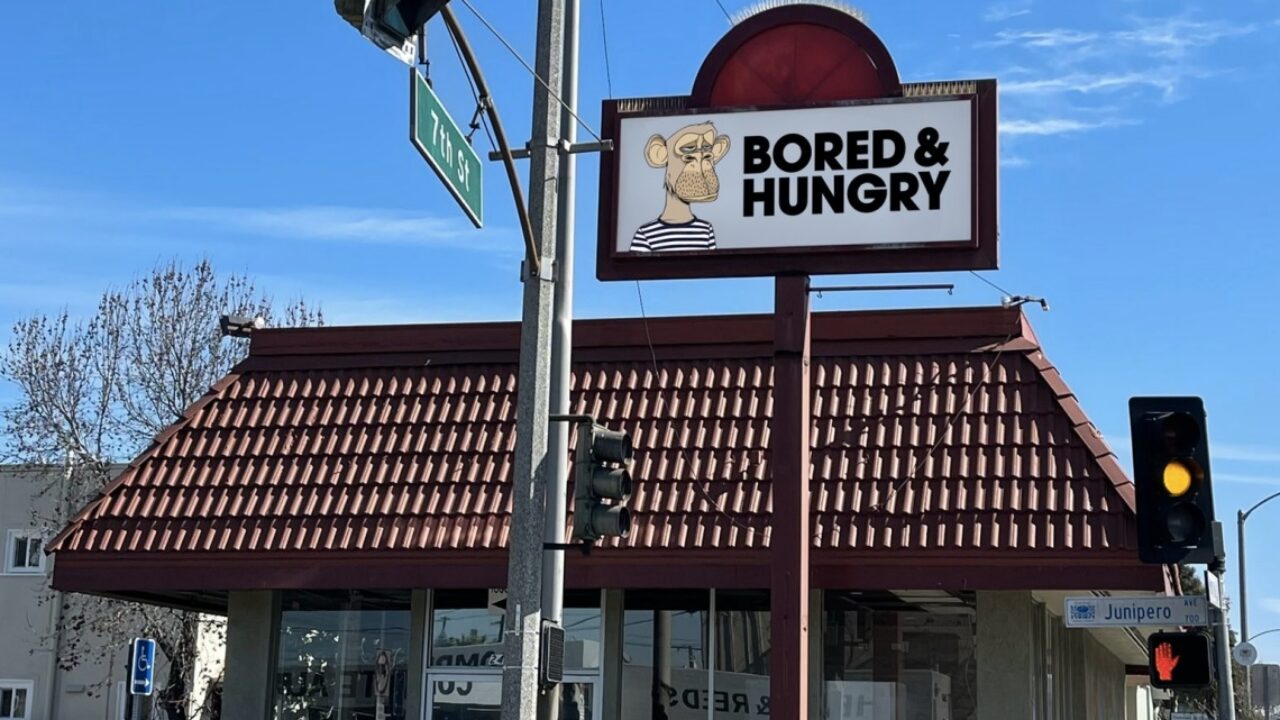 Bored & Hungry began serving burgers and fries on Saturday, with the restaurant accepting Ethereum and ApeCoin as payment...

Last week, when most of the crypto world was focused on Miami BTC conference, a group of entrepreneurs and restaurateurs took Web3 and NFTs to the streets of Southern California.

The rights to the image are included in the purchase of any Bored Ape Yacht Club NFT, and holders can use their apes as they see fit. Bored & Hungry was founded after Kevin Seo, Andy Nguyen, and other members of the Bored Ape community utilized the intellectual property gained by acquiring an ape for 90 ETH last March.‍

Bored & Hungry bills itself as a "smash burger-themed idea" in collaboration with Houston rapper Bun B's Trill Burgers and Belief Burgers, where consumers can pay with Ethereum or ApeCoin.

NFTs from the Bored Ape Yacht Club are a Web3 status mark. Snoop Dogg, Jimmy Fallon, Paris Hilton, Madonna, Stephen Curry, and Shaquille O'Neal are among the celebrities who own at least one.

Bored & Hungry is located on Long Beach's popular 7th Street and is filled with Bored Ape and Mutant Ape photos. Early Saturday morning, a queue formed that stretched down the block, with cameras clicking and even drones hovering overhead. The big opening was a mix of individuals of various ages, ethnicities, and genders, all seeking to experience the first NFT fast food restaurant, even as the sun blazed down on the crowd.

WE APPRECIATE YOU ALL! Bored & Hungry in full motion! 🦍🍔 pic.twitter.com/9kVsPU7Bbw

Seo and Nguyen hope that the interest in NFTs, particularly the Apes, will help the popup compete against McDonald's, Jack in the Box, and other franchises on the street for few months..