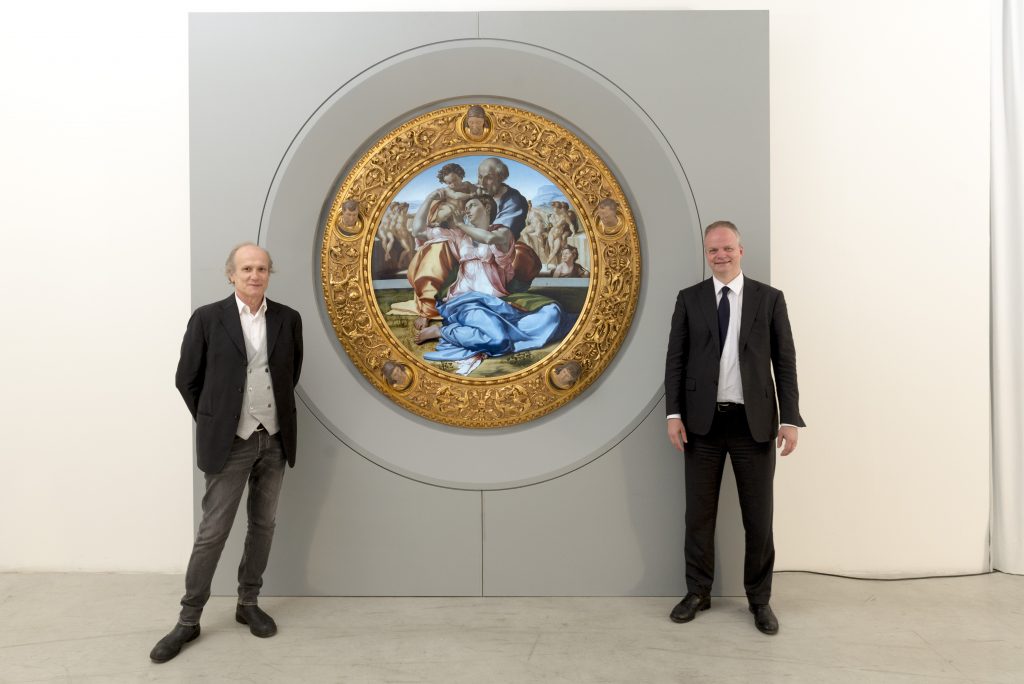 Four major Italian art museums have signed on to a proposal to offer editioned non-fungible tokens (NFTs) of priceless artworks...

Four major Italian art museums have signed on to a proposal to offer editioned non-fungible tokens (NFTs) of priceless artworks.

A new cooperation between a tech company and a commercial gallery may have provided a lifeline to cash-strapped museums suffering from a reduction in visitor numbers and income during the pandemic.

Four major Italian museums, including Florence's Uffizi Galleries, have joined an ambitious project to offer editioned digital duplicates of priceless artworks from their collections as NFTs.

The Uffizi Gallery in Florence is turning some of its most prized artworks into NFTs and selling them to raise funds after a cash-strapped year.

The concept made its debut at the Unit gallery in London, where it was part of an exhibition titled "Eternalizing Art History," which featured digital copies of six iconic Italian works by artists such as Raphael and Leonardo da Vinci. These authorized digital copies are displayed on digital displays housed in handcrafted duplicates of the original frames. Each of the digital works (called DAWs by Cinello, the tech firm that created them) has been verified on the Ethereum blockchain and can be exchanged as an NFT. They're priced between €100,000 and €250,000 ($114,000–$284,000) each in editions of nine, which is a popular edition size for sculptural works.

The Complesso Monumentale della Pilotta di Parma, Milan's Pinacoteca di Brera and Veneranda Biblioteca Ambrosiana, and Florence's Uffizi Gallery are among the participating museums. The agreement gives museums 50% of the net proceeds from the sale of the NFTs, which will be used to fund art conservation programs.

Besides that, at the exhibition's unveiling, Bocconi University professor Guido Guerzoni stated that the commercial initiative is about more than merely reaching new audiences. “Museums need revolution if they want to survive,” he said. “In one year of the pandemic, European museums lost 70 percent of their visitors, and between 70 and 80 percent of their revenues. These numbers are impressive but the Italian situation was even worse. If we consider only state-owned museums [… ] this was 85 percent of visitors and almost 90 percent of their revenue.”