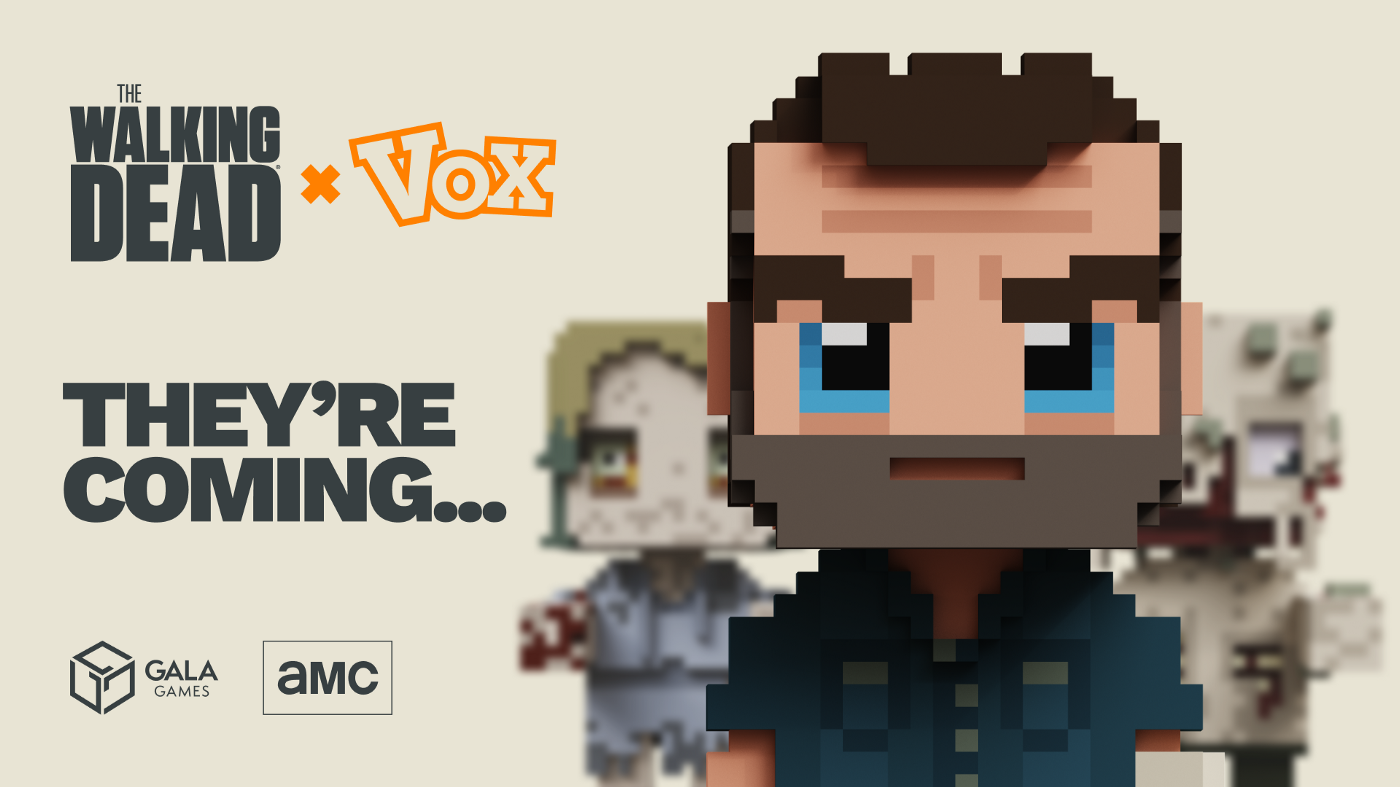 Gala Games and The Walking Dead (TWD) TW series have collaborated on a new and unique TWD VOX Avatars collection....

Gala Games and The Walking Dead (TWD) TW series have collaborated on a new and unique TWD VOX Avatars collection.

On March 28th, a collection of TWD VOX Avatars will be released, with 8,888 different characters from the TV show, each costing an amount of $GALA to be determined. Purchasers will have little choice in which TWD character they choose to accompany them on their metaverse adventure, as the identity of their VOX Avatar will be kept hidden in a box until the April 7th reveal date. Around half of the VOX boxes are reported to be inhabited by Walker VOX, who come in various degrees of bodily degradation.

Go follow @TheVOXverse to stay updated on everything #VOX! https://t.co/OYLKXUAqQN

VOX Avatars will be useful in the upcoming MMORPG survival game 'Walking Dead: Empires,' since they can provide passive benefits to the owner's and allies' gaming stats.

The effects of these benefits may vary according on the rarity and character of the TWD VOX Avatar in question, with a Daryl Dixon VOX, for example, providing crossbow combat buffs and a Hershel Greene VOX increasing the chances of making high efficacy medical goods.