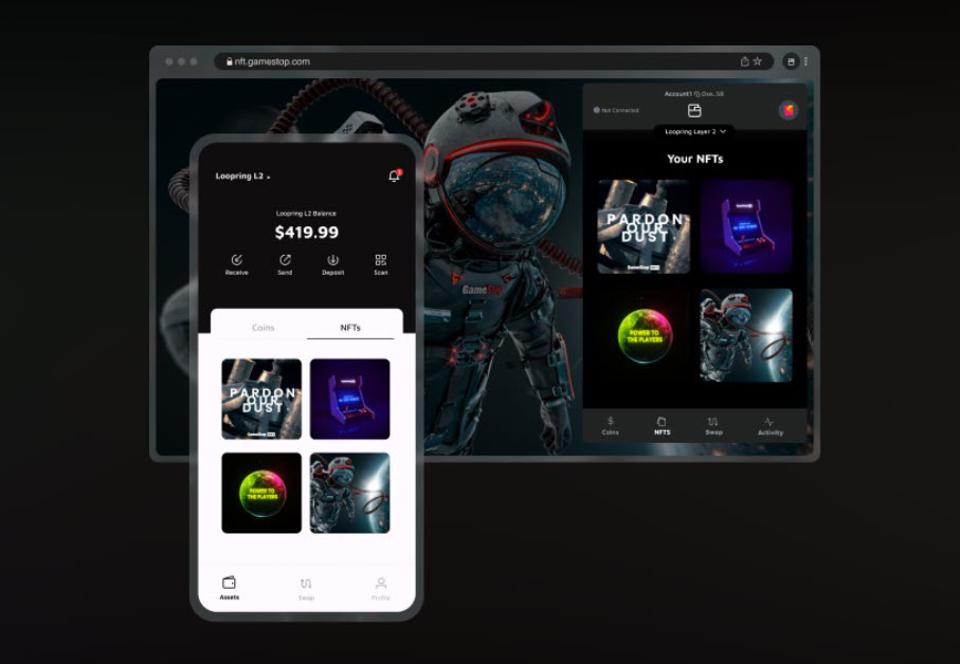 GameStop launches NFT marketplace as it hunts for growth in digital-fueled turnaround...

GameStop's long-awaited Ethereum NFT marketplace is now live, the firm said today. GameStop originally hinted at its ambitions to launch an NFT platform in May 2021, more than a year ago.

GameStop wants to be a significant participant in the NFT gaming industry, where NFTs are interactive objects utilized in video games, even though the current emphasis is mainly on artwork. A $100 million token grant fund was established by GameStop and Immutable X to help game creators enter the industry. A press release notes that gaming NFTs will be added in the future.

Now, the business is using hot growth sectors like NFTs. Both enthusiasm and skepticism have been evoked by the distinctive digital assets. Experts in the retail sector predict them to become a popular holiday gift. Between November and December, users are anticipated to buy over 500,000 NFTs from merchants, amounting to a $54 million market value overall, according to Salesforce.

Others, though, could think that the market arrived a little too late. Sales of avatars and virtual artwork may be slowing down after reaching record highs due to the pandemic. Additionally, GameStop must compete with other well-known NFT markets, such as the enormous OpenSea.