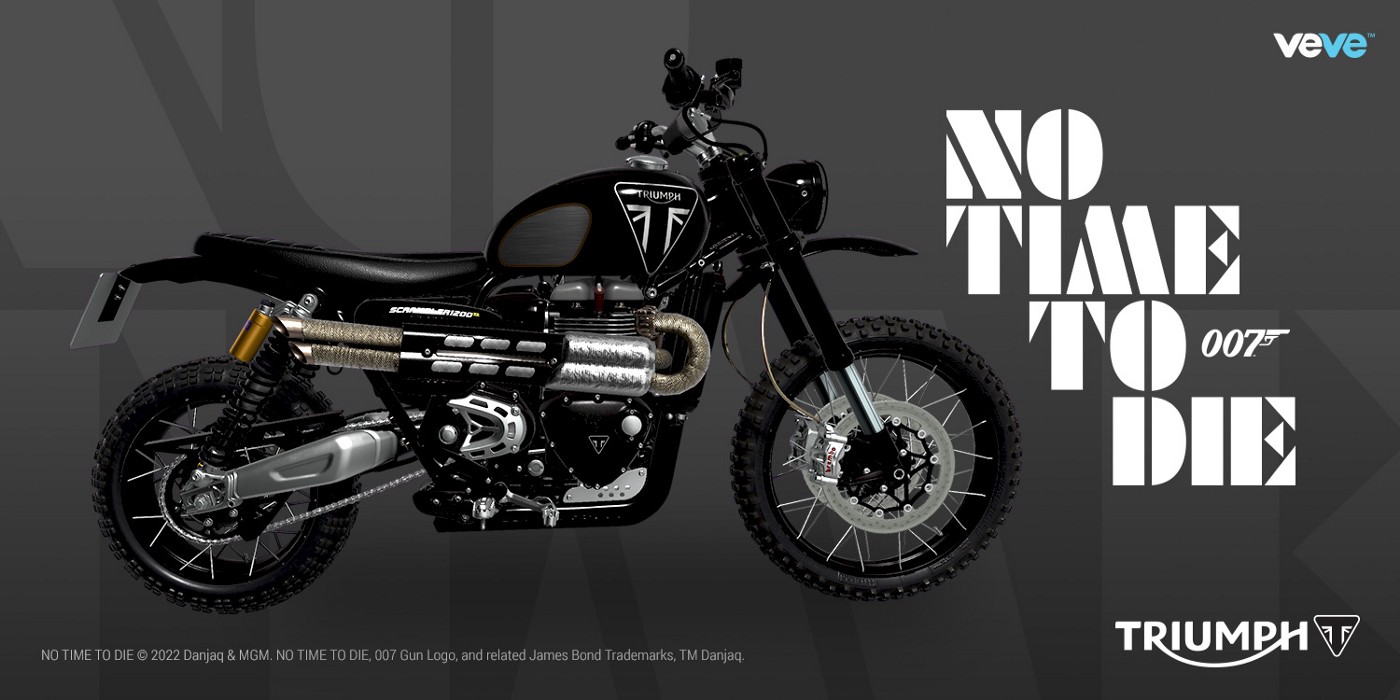 The digital version of the Triumph Scrambler 1200 is being auctioned off as NFT by James Bond and Triumph Motorcycles...

The digital version of the Triumph Scrambler 1200 is being auctioned off as NFT by James Bond and Triumph Motorcycles.

The series returned to the big screen for its twenty-fifth adaptation of "No Time to Die" the previous year. As expected, the action-packed scenes were complemented by premium vehicles like motorcycles.

Add the @OfficialTriumph Scrambler 1200 from #NoTimeToDie to your collection when it drops at 12 PM PT!

Anyone with a VeVe app could purchase this official Triumph Scrambler 1200 NFT and display it in their in-app showroom. 9,007 NFTs will be up for sale On VeVe's mobile NFT marketplace. According to current estimates, minting a digital Triumph motorcycle will cost 165 VeVe gems (about $85).

NFT owners will have access to exclusive audio recordings in addition to a complete 3D reproduction of 007's motorcycle. You may utilize augmented reality to enjoy your digitized Triumph Scrambler 1200, just like other NFTs on VeVe's platform.

Triumph was commissioned by MGM to create the Scrambler 1200 for stunt scenes in the most current James Bond film. Triumph designed the Tiger 900, along with the Scrambler 1200, for unforgettable action sequences in "No Time To Die."

MGM Studios and EON Productions, the producers of James Bond, announced an official partnership with VeVe before the release of "No Time To Die" in 2021. Since then, VeVe has released a number of 007-themed NFTs in conjunction with the 25th Bond film.