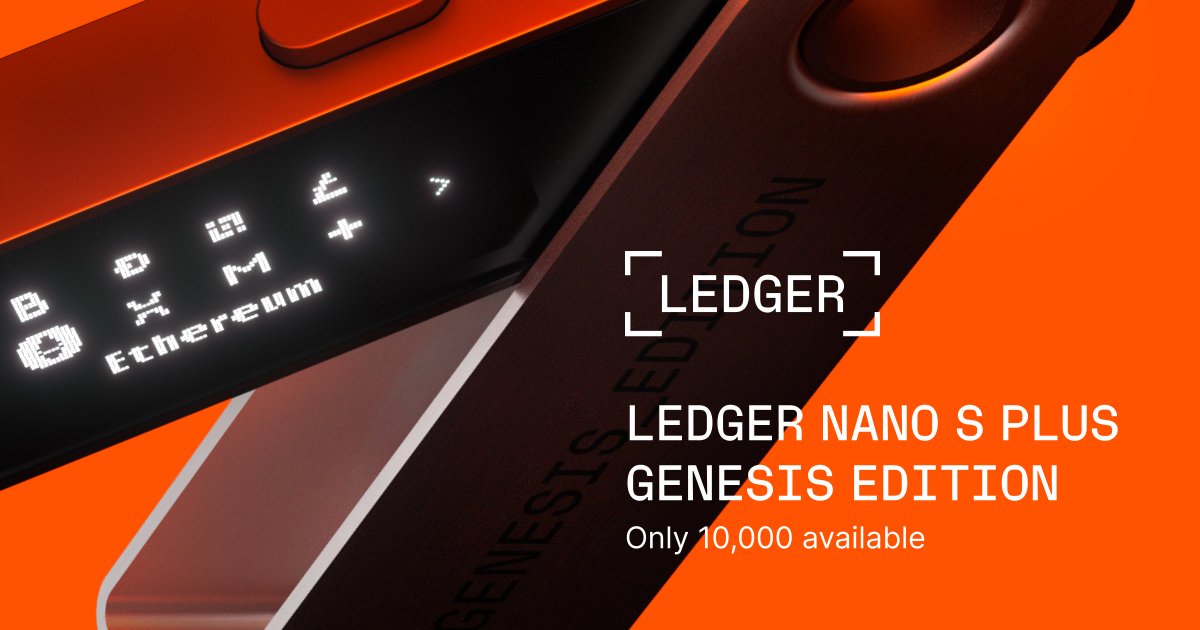 Ledger has announced the debut of a new non-fungible tokens wallet, Nano S Plus...

Ledger, a leading provider of hardware wallets for storing cryptocurrencies such as Bitcoin (BTC), has announced the debut of a new non-fungible tokens wallet (NFTs).

The new Ledger Nano S Plus is the next version of the original Nano version, which was released in 2016, and is created with NFT collectors' needs in mind, according to Ledger.

🔥 The Ledger Nano S Plus is now available! 🔥

It’s everything you love about the Nano S – and more:

“Ledger Nano users have always been able to store NFTs on their devices through partners, on the Ledger Nano X, and now Ledger’s software application Ledger Live prioritizes NFT support where users can view their NFTs in Ledger Live and securely transact through clear signing.”

According to the executive, clear signing technology attempts to convey all of the terms of a transaction, eliminating the possibility of "blind signing," or consenting to a potentially risky transaction.

In  addition to that, Ledger just announced a partnership with the Sandbox to provide crypto security education in the metaverse.

Ledger is one of the world's major providers of hardware cryptocurrency wallets, which are physical devices that store a user's private keys. It was founded in 2014. So far, HW1, Unplugged, Blue, Nano S, Nano X, and Nano S Plus have sold over 4.5 million wallets, and the business has launched six other wallets. So far, the corporation has halted production of the first three generations.