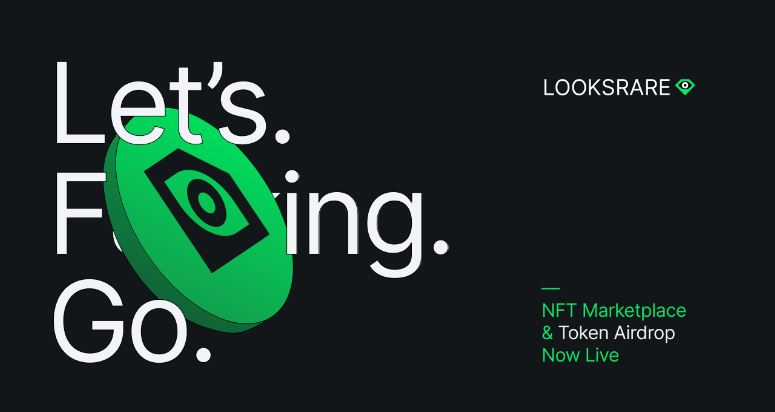 A new wave of token airdrops have surged recently, and have been very popular during Q4 of 2021,  as few Decentralized Autonomous Organizations (DAOs) have been grateful to all NFT creators, enthusiasts, and collectors, and distributed lots of value to existing NFT owners.

Just recently, Opendao has chosen Opensea users to conduct an airdrop and many people could claim thousands of dollars in $SOS tokens. Now, another project ‘LooksRare’ has just released its Non-Fungible Token (NFT) Marketplace after months of diligent work, along with the its native token launch ($looks), and an Airdrop is currently ongoing.

LooksRare aims to reward, empower and give back to users of its Marketplace - collectors and creators, and according to its recent announcement, the team has stated, “We’re tired of the deplatforming of creators, and the decision makers who value business over community, seeking IPO instead of benefiting the communities that got them there; so we’re building something better”. Therefore, LooksRare’s goal is to reward NFT collectors and creators for using the platform, and promises to keep building together with the community right from the start. Thus, NFT owners who traded more than 3 ETH on Opensea between 16th Jun 2021 to 16th Dec 2021 are eligible for an airdrop of $LOOKS Tokens, that can be staked to get high additional rewards.

LooksRare NFT Marketplace is indexing all NFT collections built on Ethereum Blockchain and charges a 2% standard fee on all NFT trades, that are totally earned by $LOOKS stakers. At this time of writing, $LOOKS is trading at $2.14 (0.0007142 ETH).