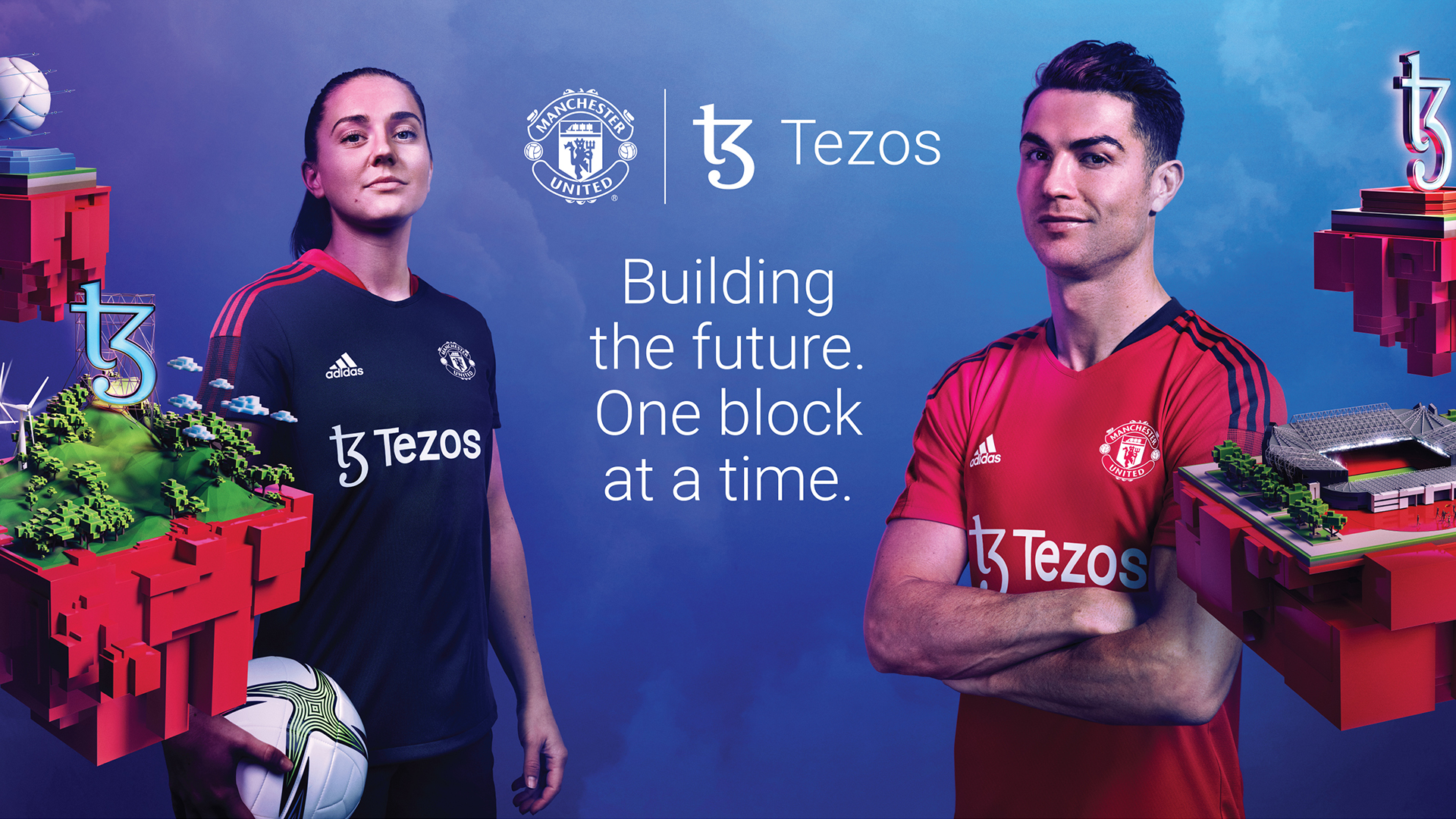 Tezos blockchain has signed a multi-year sponsorship contract with Manchester United as its official blockchain and training kit partner...

Tezos, one of the world's most advanced and sustainable blockchains, will be featured on Manchester United's men's and women's training kits as part of a multi-year agreement announced recently.

The Tezos blockchain has signed a multi-year sponsorship contract with Manchester United, one of the world's most famous football teams. Along with the possibility of Red Devil-based NFTs being released in the future, the two giants partnership sees the Tezos logo become the focal point of the club's training shirt, which stars like Cristiano Ronaldo and Marcus Rashford will wear as they warm up before matches and during training throughout the week.

Throughout its history, @ManUtd has constantly evolved. #Tezos will enable Manchester United to use blockchain and #Web3 to transform fan, player, team, and partner engagement. @ManUtd x @Tezoshttps://t.co/vEhHa9zlYP pic.twitter.com/ecya8wjt62

“This is a hugely exciting partnership for Manchester United because it aligns us with one of the most advanced, reliable and sustainable blockchains in an area of technology which promises to truly revolutionize the way that everyone, including the Club and our fans, can interact”, said  Victoria Timpson, Manchester United’s CEO of Alliances and Partnerships.

Tezos is at the front of the global blockchain revolution, which enables quick, secure, and efficient digital interactions without the use of intermediaries. In addition, Tezos was the first proof-of-stake blockchain, and it was designed with an energy-efficient design that allows it to function cleaner and more ecologically friendly than other blockchains.

Tezos also differs from previous blockchains in that it can evolve in real time, with regular updates devised and authorized by its worldwide community of users and developers.

Upgradeable, energy-efficient and community governed. @Tezos is the #blockchain for everyone.

“We are especially pleased to be partnering with one of the most eco-friendly blockchains, using technology that is energy-efficient, limits carbon emissions and lowers costs, consistent with the Club’s wider efforts to promote environmental sustainability”, said  Victoria Timpson. She further added, “partnerships are at the core of our strength as a club, supporting the drive for success on the pitch, and we are delighted to welcome Tezos as the latest industry leader to join our family of partners.”