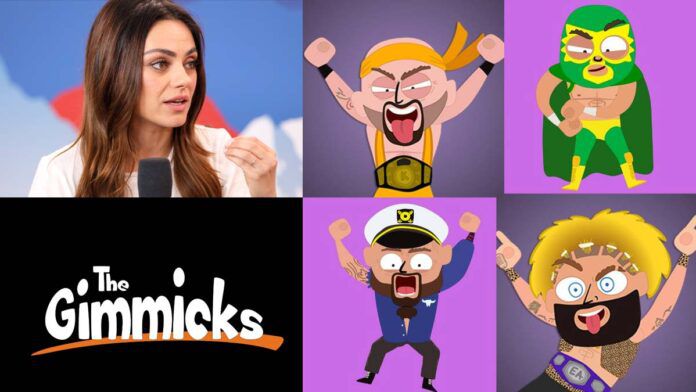 The Gimmicks is the first series to use NFT technology to allow fans to participate in character and storyline development. At the end of each episode, NFT holders will vote on a "choose your own adventure" option, which will influence future episodes and character arcs.

NFT holders will also be able to interact with other fans through an on-chain social layer. This interactive social layer will be linked to the holder's NFT, and actions will be recorded on-chain as evidence of community involvement.

"Toonstar absolutely gets the ridiculously fast nature of creating in Web3," said Mila Kunis. "They are able to make animation at unprecedented speed while also managing creative community elements; I can't wait for people to come and engage in the fun."

The Gimmicks is an animated web series created by Web3 animation studio Toonstar in collaboration with Kunis' Sixth Wall about washed-up professional wrestlers attempting to reclaim their place in the squared circle. In addition, the series is voiced by former WWE stars Luke "Doc" Gallows, Karl "Machine Gun" Anderson, FKA Enzo Amore and Rocky Romero. The series is written by "The Daves," Dave Ihlenfeld and David Wright (Family Guy, The Simpsons).

The collection will be free to mint and will be available on The Gimmicks website on March 18. To ensure an environmentally conscious use of crypto technology, the NFTs are powered by the Solana blockchain. Because there is no need for energy-intensive mining on Solana, minting one NFT requires less energy than two Google searches or one Instagram post.