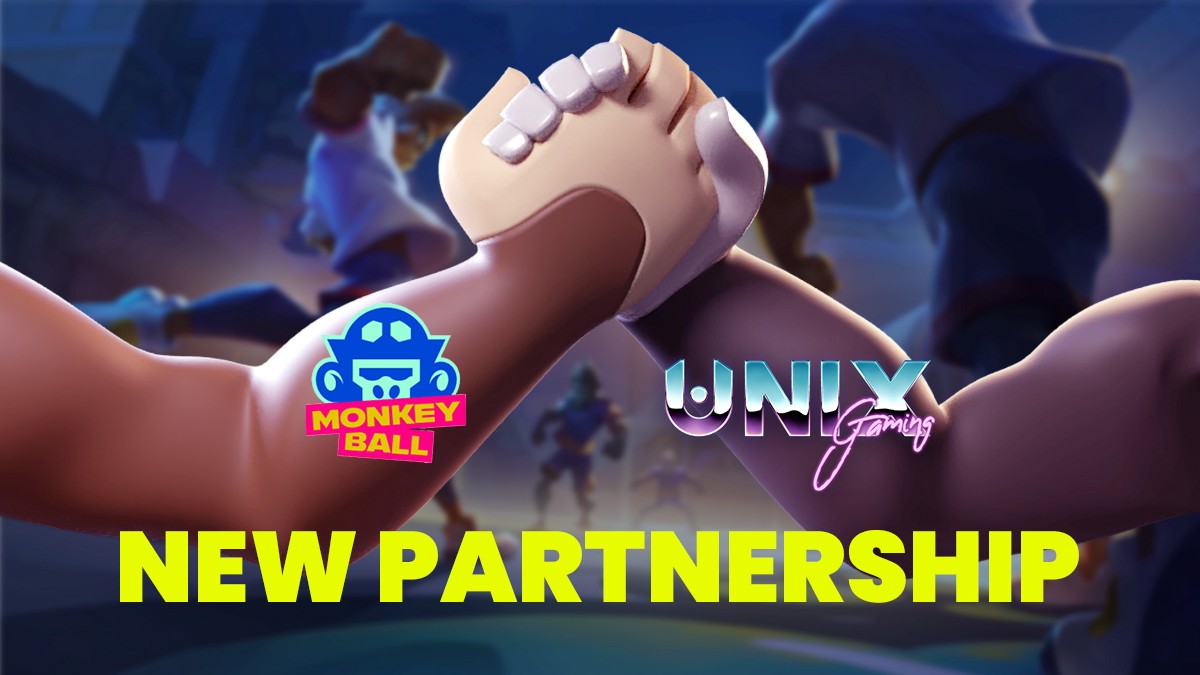 MonkeyBall has just announced a new partnership with Unix Gaming to enhance the user base and to boost the ecosystem...

MonkeyBall has just announced its new strategic partnership with Unix Gaming, a play-to-earn crypto gaming guild, to enhance the user base and to boost the ecosystem.

Following the recent collaboration announced last week between MonkeyBall and Ethernity, a wide-ranging collaboration to drop exclusive limited-edition soccer/football star Monkey NFTs and stock the in-game MonkeyStore with awesome collectible and game-boosting gear, MonkeyBall has just announced another partnership, but this time with one of the largest crypto gaming guilds, Unix Gaming. Simply described, a gaming guild is a group of dedicated gamers who join a team or collaborate with one another, almost like a union.

This MonkeyTrain Keeps Getting Longer and Stronger! 🐵🚀

We are excited to announce our partnership with UniX Gaming Guild! ⚡️⚡️

A partnership that will boost our game ecosystem and economy!

MonkeyBall intends to have thousands of players in the game, and aims to collaborate with strong gaming guilds to bring more serious and engaged players in favor of giving the game ecosystem and economy a huge boost. “More skilled players that clock more game hours help diversify the player composition and landscape and allow for more effective implementation of Leagues and Tournaments,” said Oren Langberg, MonkeyBall Head of Marketing.‍

UniX is a DAO, or Decentralized Autonomous Organization, and gaming guild whose aim is to further revolutionize gaming by placing play to earn and play and earn gaming at the forefront. UniX Gaming is one of the earliest adopters in the play-to-earn space and has already grown to be one of the largest P2E communities. With over 185,000 members and counting, their focus is not only on educating and bringing in new audiences to the metaverse but most importantly to provide the economic freedom its members deserve. For so many in developing countries that don’t have the same access or opportunities as people in more developed countries, play-to-earn or play-and-earn gaming empowers them to support themselves and their families — which is groundbreaking as it has the potential to lift millions of people out of poverty. And with MonkeyBall on a similar mission, the partnership with UniX will only bring us that much closer.