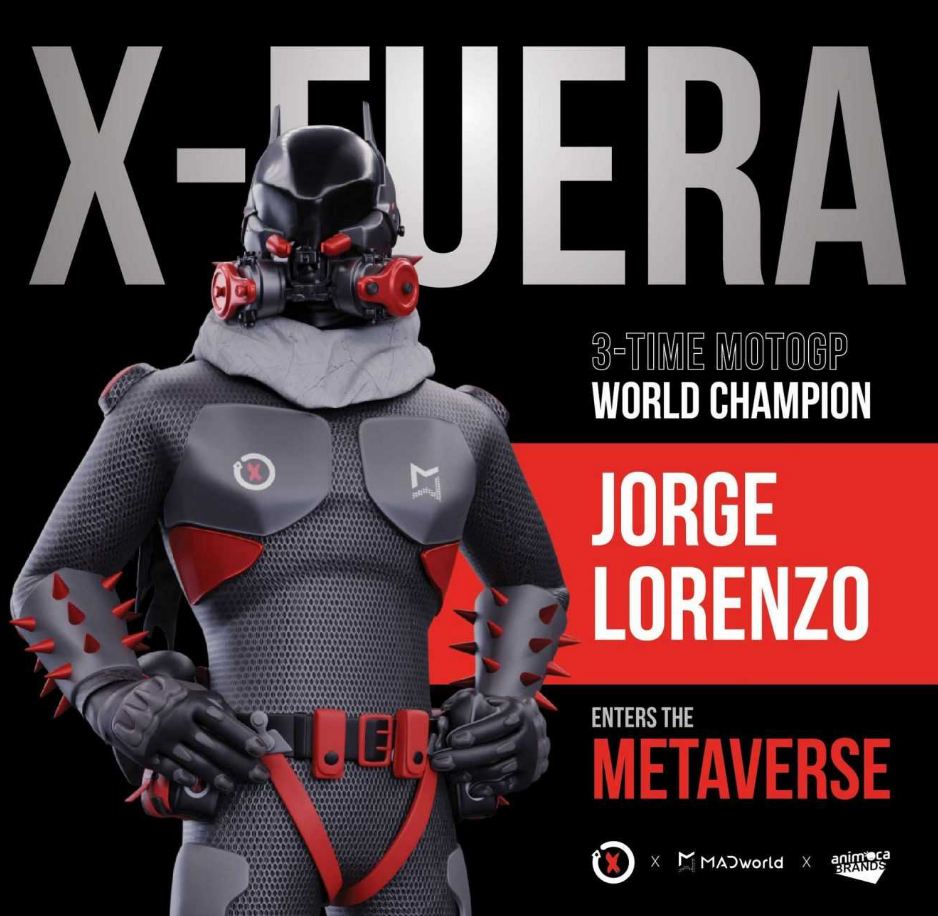 Jorge Lorenzo teams up with Animoca Brands and MADworld to venture together into the metaverse...

Animoca Brands and MADworld recently announced a metaverse collaboration with Jorge Lorenzo, the three-time MotoGPTM World Champion. This partnership will include a series of NFT (non-fungible token) drops leading up to MADworld's future play-to-earn (P2E) game.

X-Fuera (pronounced Por Fuera), a project for @lorenzo99 commissioned by @madworldnft and @animocabrands will launch into the world of Web3.

Head to medium article (link in bio) to read more about the X-Fuera. pic.twitter.com/EtMGJpCKtR

Lorenzo is considered as one of the century's most skilled and adventurous riders. Lorenzo gained the nickname X-Fuera or 'Por Fuera,' which means 'Around the Outside,' after performing the iconic move during a race in 2003. The three-time MotoGP World Champion takes advantage of the metaverse and web3 technology by publicly issuing items available in an exclusive digital experience tied to a real event.

"I'm super excited to be collaborating with MADworld and Animoca Brands in providing new, exclusive experiences to my global fans. I can now engage with them in a whole new way never seen before and the opportunities awaiting are endless," Jorge Lorenzo said.

The CEO of MADworld, Robert Tran, described the partnership with Lorenzo as "fascinating." He also stated that many athletes are geographically bound, and that he wants his company to assist them in entering a larger Web3.

Lorenzo's entry into Web3 will feature a number of events in addition to the NFT drop. Experiences with Lorenzo himself, memorabilia giveaways, and virtual get-togethers are just a few of the events planned.