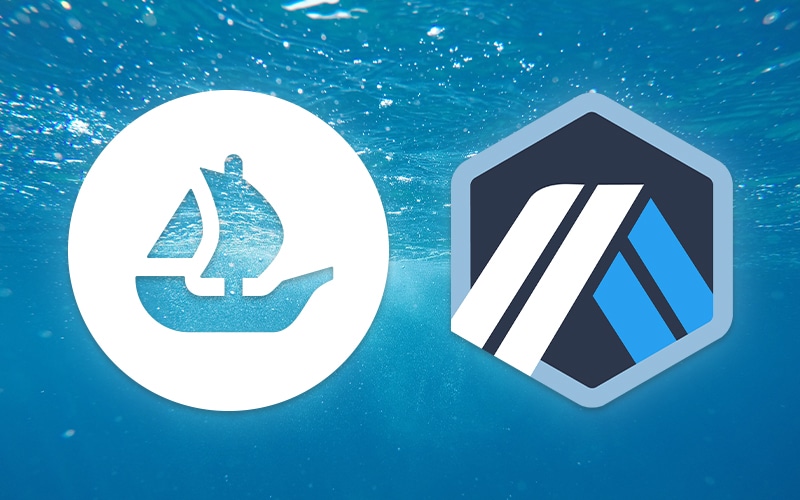 OpenSea is planning to support Arbitum, allowing creators to list NFTs minted on the Ethereum roll-up...

Leading NFT marketplace OpenSea has announced that it will integrate Arbitrum, a layer-2 scaling solution for Ethereum.

Starting today, creators will be able to decide how much they want to charge to sell NFTs on the network, OpenSea stated in a tweet. Smolverse, GMX Blueberry Club, and Diamond Pepes are among the collections that OpenSea stated it plans to support.

"Creators will need to find their collections on OpenSea and set their creator fees directly,"  ideally at the time of launch, the company recommended.

1/ We’re excited to share that OpenSea will soon support @arbitrum! 💙🚀

This is a first step in building our goal of a web3 future where people have access to the NFTs they want on the chains they prefer.

OpenSea currently provides NFTs on Ethereum, Polygon, Klaytn, and Solana. According to NFT Scan statistics, NFTs on Arbitrum have a lifetime volume of 9,722 ETH, which pales in contrast to Ethereum's lifetime NFT volume of about 23.5 million ETH. With the completion of the network's Merge last Thursday, Ethereum's advancement may minimize the need for roll-ups like Arbitrum to boost speed and lower costs.

The integration occurs during a period of moderate monthly trade volume on OpenSea, which has reached levels not seen since last summer.

To put this in context, this month's results pale in contrast to the all-time highs of $4.8 billion in January of this year.

Other markets, like LooksRare, Rarible, SuperRare, and Magic Eden, have seen a similar cyclical drop.

The majority of NFTs on Arbitrum are now traded on smaller platforms like Stratos and Agora.

According to DeFI Llama statistics, the network's most popular collections have already attracted millions of dollars in investment. The Seed of Life collection has a total trade volume of $11.79 million, while Legions Genesis has enabled $11.25 million across the PancakeSwap and Treasure marketplaces.

On September 21 at 6 p.m. UTC, Arbitrum will hold a Twitter Space to explore the partnership in further detail, as well as the prospects for creators and collectors in the space on both sides of the chain.