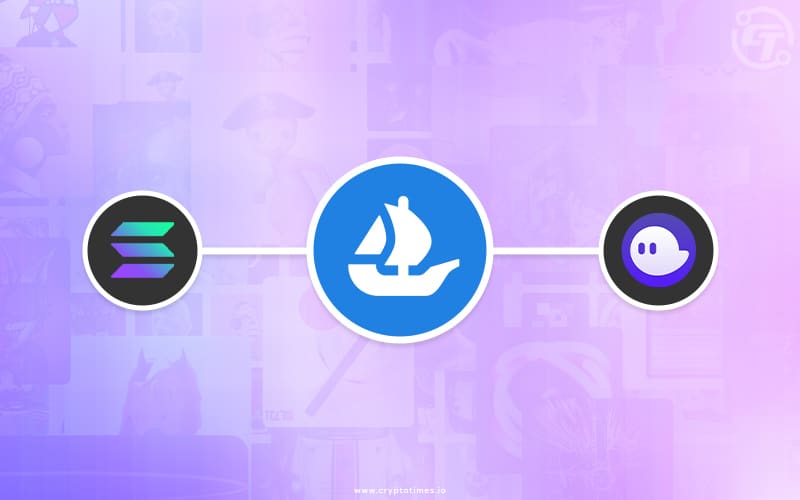 OpenSea Announces It Will Support Solana NFTs in April

OpenSea has unveiled that it will integrate Solana (SOL) blockchain into its platform in the near future...

Solana NFTs will be available on the OpenSea marketplace in April. The news comes after months of rumors stating that the Solana NFT support was on the way.

OpenSea has announced that it will integrate Solana (SOL) blockchain into its platform in the near future, a long-awaited move that industry experts and numerical data suggest might have reciprocal benefits across both ecosystems, as well as favorable sentiments for the entire NFT field.

OpenSea announced the news with a brief teaser video on its official Twitter account, mocking the barrage of tweets about intentions to bring in Solana. Solana support will be available in April, according to the video, which OpenSea tweeted stating "the best kept secret in Web3." Although no date was given, the month begins on Friday.

With a market cap of $1.5 billion over its several collections, Solana is the second-largest NFT ecosystem behind Ethereum. Last fall, the Solana NFT space exploded with the release of successful NFT projects including Solana Monkey Business, Degenerate Ape Academy, and Aurory. Solana's transactions are faster, cheaper, and more energy-efficient than Ethereum's mainnet.

The first leaks of a possible Solana incorporation into OpenSea appeared in January, when renowned hacker and blogger Jane Manchun Wong spotted mentions of Solana and the popular Phantom wallet in various portions of the site.

She spotted signs that the Solana launch was approaching this week, including a "Solana Beta" logo on the site and support for the Solflare wallet. Others on social media recently discovered that they could connect a Phantom wallet to OpenSea, despite the fact that the NFTs themselves aren't yet available.