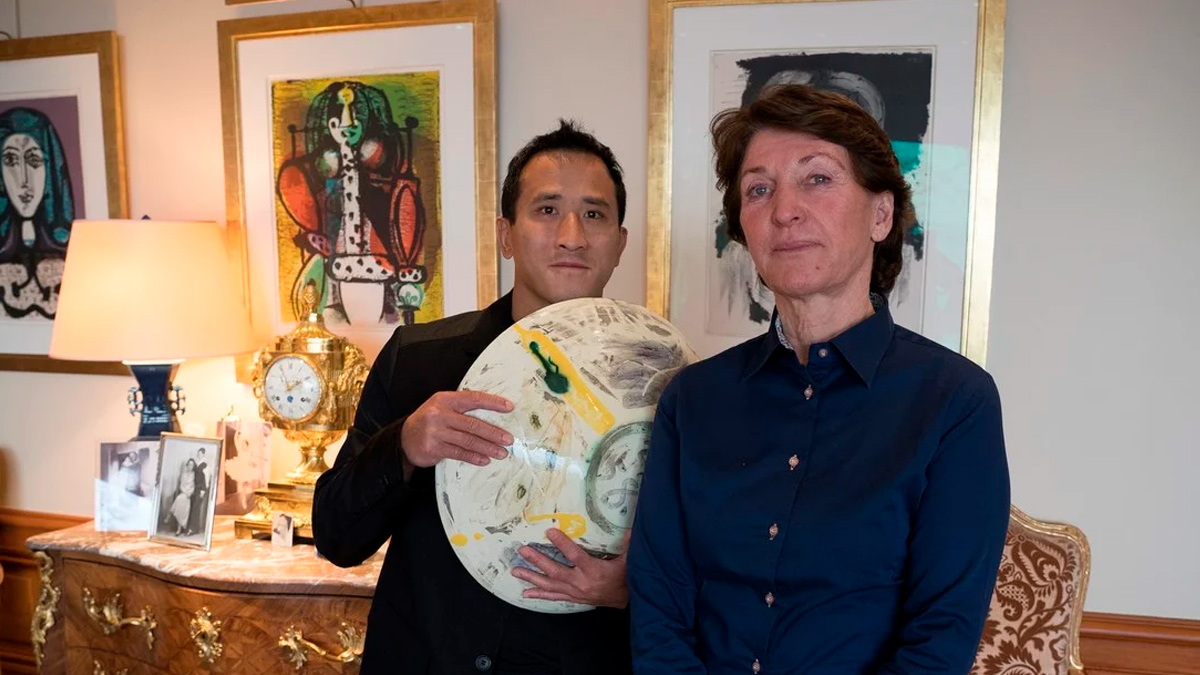 Picasso’s granddaughter Marina and her adopted son Florian will mint more than 1,000 NFTs for sale based on Pablo’s work...

Picasso’s granddaughter Marina and her adopted son Florian, a DJ and music producer, will mint more than 1,000 NFTs for sale based on Pablo’s work.

The descendants of Pablo Picasso, the famed 20th-century Spanish artist, are riding a fad for "crypto" assets that has taken the art and financial worlds by storm by selling 1,010 digital art pieces of one of his ceramic works that has never before been seen publicly.

Marina Picasso, the granddaughter of the famous painter and sculptor Pablo Picasso, issued a statement on a YouTube video in response to her son Florian's NFT collection after a family disagreement became public. In the video, she expressed her support for NFT technology and revealed that her uncle, Claude Picasso, has now joined the project's board of directors. Marina stated that with her son adopted Florian they will "continue to produce NFTs" in the future.

All pieces from tonight's collection are paired with a preview of an upcoming song by @johnlegend and @Nas titled "Tomorrow" 🎶 pic.twitter.com/SEVD8dzTDg

NFTs are one-of-a-kind tokens that exist on blockchain networks such as Ethereum or Solana and are used to demonstrate ownership of a digital or physical asset. Each token in the Marina and Florian Picasso NFTs represents ownership of an .mp4 file of art inspired by one of Pablo Picasso's famous bowls.

“I have a 30-year-old son who’s passionate about NFTs,” Marina said in the video. “It appealed to me, so I looked into this subject, and I find that it’s a modern technology that allows us to connect with art. It really appealed to me. And it’s in this way that I decided with my son to create our first NFT collection,” she said.