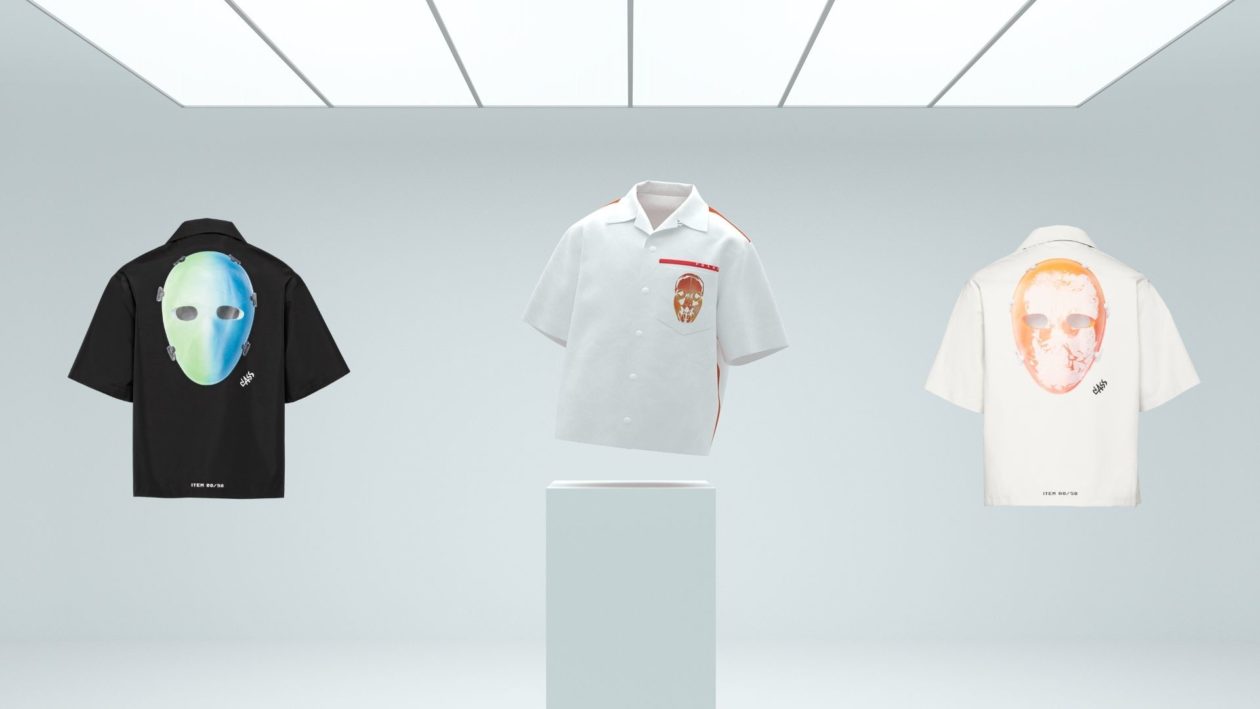 Prada is releasing 100 NFTs to go along with its Cassius Hirst Timecapsule apparel drop...

Gucci, Balmain, and Balenciaga are all going into cryptocurrency, and Prada is following suit with the launch of its own NFTs.

Prada will drop 100 Ethereum NFTs on Thursday to coincide with the premiere of their Timecapsule clothing.

Buyers of Prada's latest collaboration with Cassius Hirst, son of artist Damien Hirst, will receive a complimentary airdropped NFT in addition to their physical merch purchase.

The Prada x Cassius Hirst unisex button-down shirts come in black or white, with a GIF of a black or white pill capsule as the NFT. The NFTs will have a number associated with each physical shirt as well as the drop's serial number.

The Hirst family are no strangers to NFTs: Damien's debut collection, "The Currency," was released in July of last year and has a floor price of 5.2 ETH ($9,360) per NFT almost a year later.

Unlike Damien's NFT drop, Prada's NFTs from Cassius's drop will not compel buyers to choose between a digital and physical asset—they will receive both.

Prada's Timecapsule releases began in 2019 as a means for the company to release limited-edition goods. According to a statement, buyers of past Timecapsule drops will receive NFTs at a later date.

However, this isn't Prada's first NFT experiment. The company previously collaborated with Adidas to release the "Adidas for Prada re-source" collection, which debuted on Polygon in January (the collection has only seen 468 ETH in total volume traded, and its floor price is just 0.077 ETH or $140 per NFT).

Prada's latest entry into NFTs implies that the brand's primary focus is still on physical goods, with NFTs serving as a sort of free bonus. While NFTs may still be considered fresh to some, luxury firms might benefit greatly from blockchain-based product authentication.