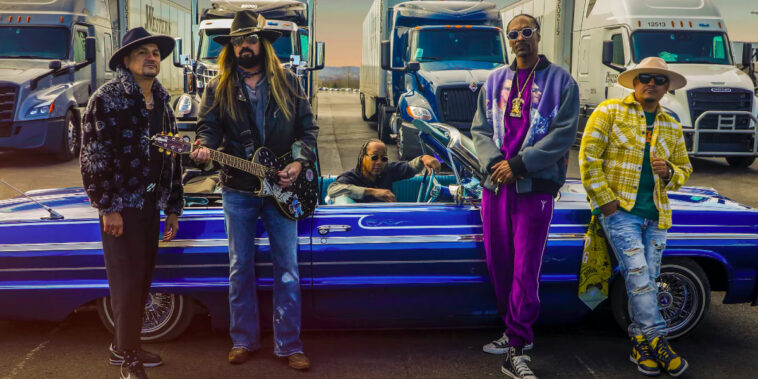 Snoop Dogg and Billy Ray Cyrus are teaming up to release a hip-hop-country single with the new Animal Concerts 50,000-piece NFTs...

Snoop Dogg and Billy Ray Cyrus are teaming up to release a hip-hop-country single with the new Animal Concerts 50,000-piece NFTs.

Animal Concerts, a metaverse entertainment firm, is hard at work (pun intended) preparing a fresh 50,000-piece non-fungible token (NFT) drop to accompany the track, adding to the excitement of cyrung's launch. The artwork for this massive collection, which will be featured on Crypto.com NFT, is being created by Cointelegraph. The drop also includes a wide range of music-related items, such as concert tickets and backstage passes, as well as merch and free tickets to Animal Concerts' "Meta-Concerts."

As @BillyRayCyrus said, “don’t think inside the box or outside the box, think there is no box”.
We took it seriously and we’ve created a bunch of NFTs collaborating with @animalconcerts for his new release with @SnoopDogg.https://t.co/zvsINrkn8S

According to Cointelegraph, this will not be the company's last partnership with Animal Concerts, as stated in the press release for the song by Snoop Dogg and Miley Cyrus. In fact, more NFT collaborations with well-known musicians are on the way.

Animal Concerts has made big moves with a series of high-profile live shows featuring some of music's biggest names, including Alicia Keys, Future, and Meek Mill.

Cointelegraph and Animal Concerts will continue to collaborate beyond this drop, bridging the NFT world, the metaverse, and community utility. In the following months, the two will release other high-profile NFT collections, including collaborations with Izzy the Frenchie, a popular celebrity dog, and some of the biggest names in music.