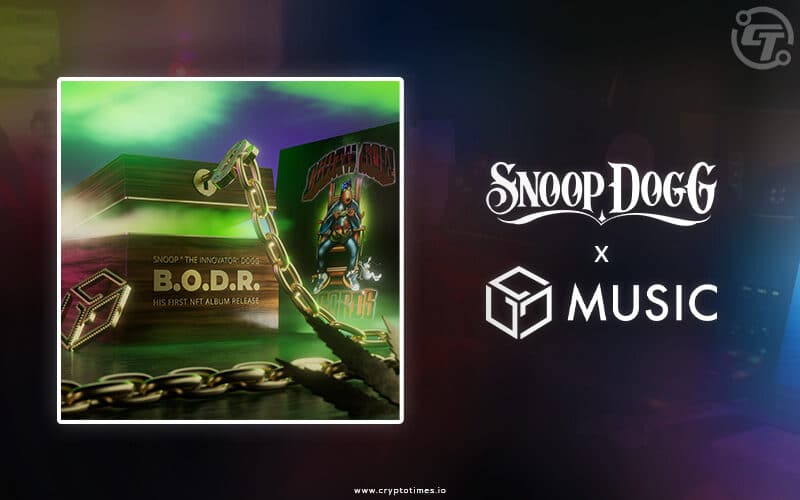 Snoop Dogg has partnered with GalaGames to release his 20th album ‘B.O.D.R’ as an NFT collection...

Hip-hop legend and NFT enthusiast Snoop Dogg has partnered with the giant blockchain gaming company, GalaGames to release his 20th album ‘B.O.D.R’ as an NFT collection.

Snoop Dogg has jumped on the cryptocurrency craze, launching his latest album, B.O.D.R. (Bacc on Death Row), as an NFT release. Snoop collaborated with Gala Games to produce a one-of-a-kind digital "Stash Box" that is available for purchase for $5,000 in $GALA tokens.

The @SnoopDogg Stash Boxes are available for a limited time beginning NOW!

Wiz Khalifa, October London, The Game, Da Baby, Nate Dogg, and Nas are just a few of the artists who appear on the 17-track record, but possessing a B.O.D.R. Stash box comes with its own set of benefits. Each Stash Box features one song from the new Bacc On Death Row album (B.O.D.R.), and Snoop Dogg NFT fans who collect all 17 tracks will gain another level of exclusivity, according to Gala, which will most likely require a combination of minting and secondary market trading.

“If anything is constant, it’s that the music industry will always be changing,” Snoop said. “Blockchain tech has the power to change everything again and tip the table in favor of the artists and the fans, and we’re going to be right at the front of the pack with this Gala Music deal.”