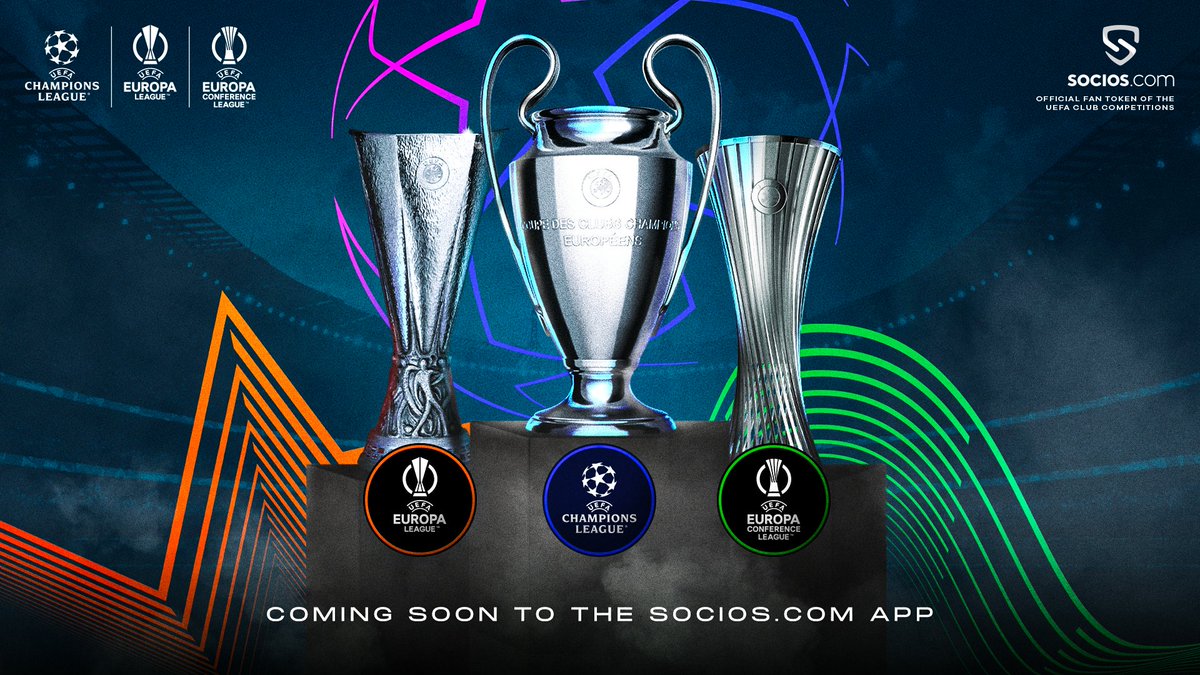 The Socios fan token platform partnered with UEFA to deliver NFTs and other redeemable rewards to European football fans, resulting in double-digit gains for ASR, BAR, and ACM tokens.

Fan token projects, protocols that allow their holders to participate in the governance of their favorite sports brands and receive specialized NFTs and other unique redeemables, are one subsector of this market that saw a surge in momentum on Feb. 28.

One of the drivers of the current rally could be a newly announced partnership between UEFA, the governing body for European football, and Socios, a protocol that concentrates on the development of fan tokens. In addition to that, Socios becomes the regional sponsor for the Champions League, UEFA's most well-known competition, which is currently contracted through 2024.

We are thrilled to announce that UEFA Club Competition Fan Tokens are coming to the Socios App.

Fan Tokens will be exclusively available for free to Fan Tokens holders of clubs participating in the @ChampionsLeague, @EuropaLeague & @europacnfleague.#BeMoreThanAFan pic.twitter.com/dKiwHGoznR

Fan Tokens will be made available for free to Fan Token holders of clubs competing in the Champions League, Europa League, and Europa Conference League as a result of this agreement. As long as they keep their Fan Tokens on the Socios app, club supporters with Fan Tokens can win VIP experiences or free NFTs that drop during live gameplay.

Be the only fan in the world to own the physical & digital version of the shirt Mislav Orsić wore against West Ham.

Holders of Fan Tokens can now receive NFTs generated in real-time during live matches and in highly limited quantities, giving a level of rarity in sports memorabilia recorded on a blockchain that has never been seen before.