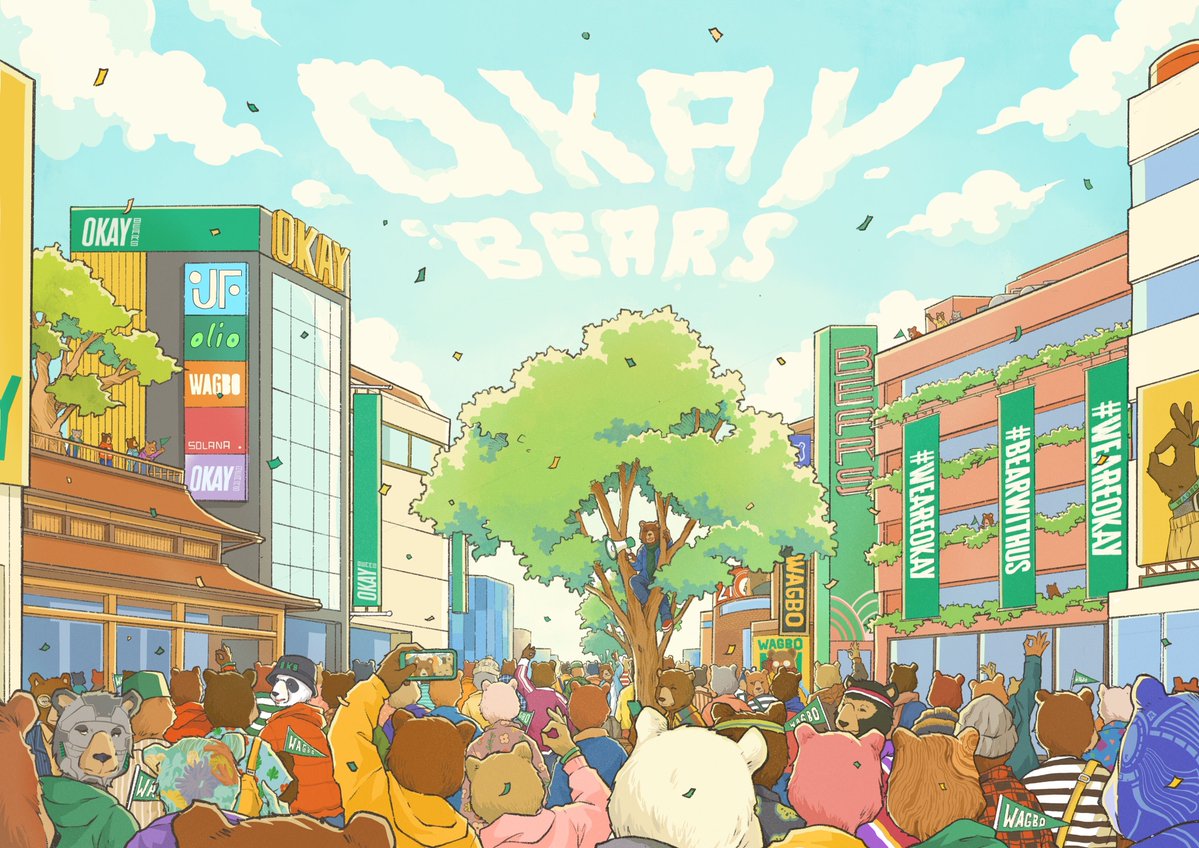 Okay Bears exceeded all Ethereum NFT projects with $18M in sales in one day...

As a result of the launch of Okay Bears yesterday, data suggests that Solana recorded its best single day of NFT trading volume to date.

Sold out. We ARE Okay 👌🐻 pic.twitter.com/QxuLpeY1Jt

Over the previous 24 hours, the marketplace has seen 187,543 SOL worth of secondary trading or nearly $18.4 million at the current price of Solana. Not just sales on OpenSea, but the entire market is covered. In comparison, Gary Vaynerchuk's new VeeFriends V2 launch recorded 4,565 ETH ($13.1 million) worth of trade in the last 24 hours, 4,136 ETH ($11.9 million) generated for Yuga Labs' recently purchased Meebits and 3,534 ETH ($10.1 million) for new project Imaginary Ones.

With animal-themed avatars that feature a randomized assortment of attributes, Okay Bears is inspired by the popular Ethereum NFT project, Bored Ape Yacht Club. The creators of Okay Bears, like the Bored Apes, want to reward holders with future NFT drops as well as additional perks and bonuses as part of a long-term roadmap.

As of this writing, the cheapest Okay Bears NFT is offered for 54 SOL (about $5,300) on OpenSea marketplace. Magic Eden also tweeted that overall NFT trade volume has reached new highs in the last day.