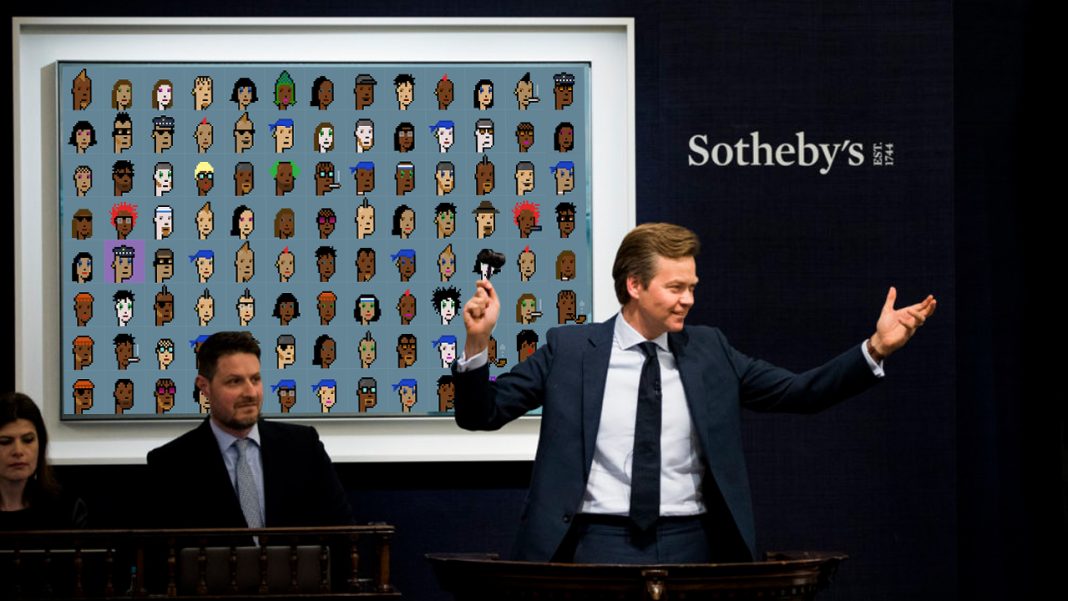 'Punk it' sale canceled after the anonymous CryptoPunks seller pulled out at the last minute...

Sotheby's was gearing up for what may have been the world's largest NFT auction, whereas the anonymous CryptoPunks seller pulled out at the last minute.

Today's Sotheby's auction of 104 CryptoPunks Ethereum NFTs was canceled after the seller decided to keep the digital assets instead of selling them. On Wednesday evening, the anonymous collector 0x650d tweeted, "nvm, decided to hodl." The tweet was posted little over two weeks after Christie's announced the sale, which was expected to bring in $20 million to $30 million.

The collector then shared a meme claiming that they were "taking punks mainstream by rugging Sothebys." Rugging refers to a scam in which a developer abandons a project with the funds of investors. Sotheby's had been marketing the "Punk It!" auction as "the first dedicated live evening auction for NFTs". However, and while no money was lost, the Cryptopunks owner did pull the rug from under the bidders' feet.

Despite the fact that this would be the first auction dedicated to NFTs, Sotheby's has previously auctioned digital artworks and collectibles among other objects. In 2021, it reportedly sold $100 million in NFTs, with a sale of 101 Bored Ape Yacht Club NFTs in September accounting for approximately a fifth of that total—well beyond Sotheby's estimate of $15-18 million. As a result, today's auction may have been one of the greatest NFT sales in history.