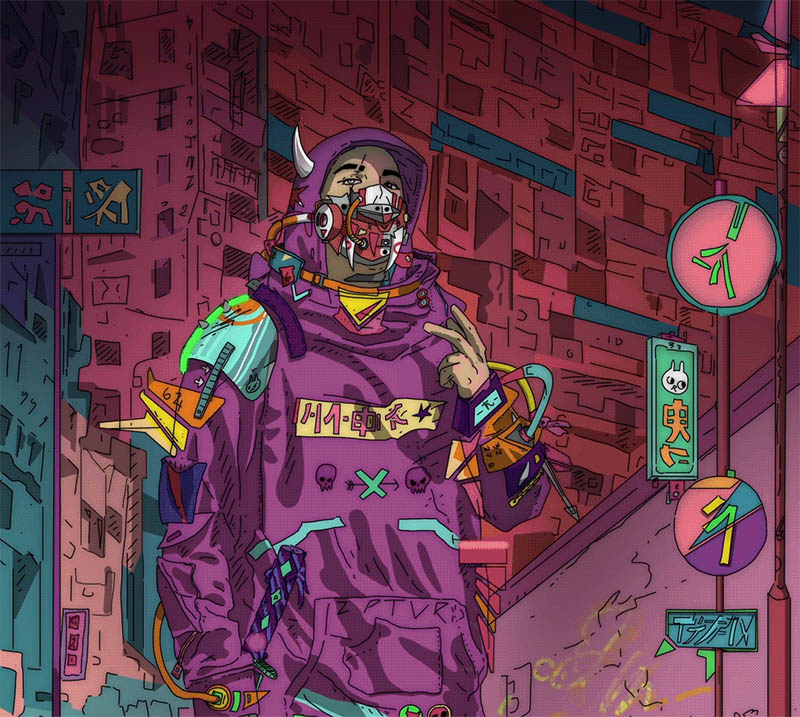 Anyone considering to add a little more cyberpunk dystopia into their lives need not look any further, SuburbanColors is here to seal the void.

Anyone considering to add a little more cyberpunk dystopia into their lives need not look any further, SuburbanColors is here to seal the void. 2,199 generative cyborgs have reached on the blockchain to bring equilibrium to the future of planet earth.

In the distant year of 2199 the world has gone a little apocalyptic. Humans had formerly underestimated their AI creations, who then rose up to hunt down their pathetic target. The loose ends of these former surface dwellers were driven underground and obliged to live in hiding. However, learning to use the technology to their advantage, they began to augment their bodies with cybernetics, pitting cyborgs against their robotic nemeses. Slowly, the tide began to turn.

Now, three distinct species inhabit this hi-tech dystopia, the Humans, the Robots, and the Cyborgs. In the world of SuburbanColors, they are embodied in NFTs of extraordinary quality. The first species, the Cyborgs have landed, rendered in all their stylish 2D animated glory.