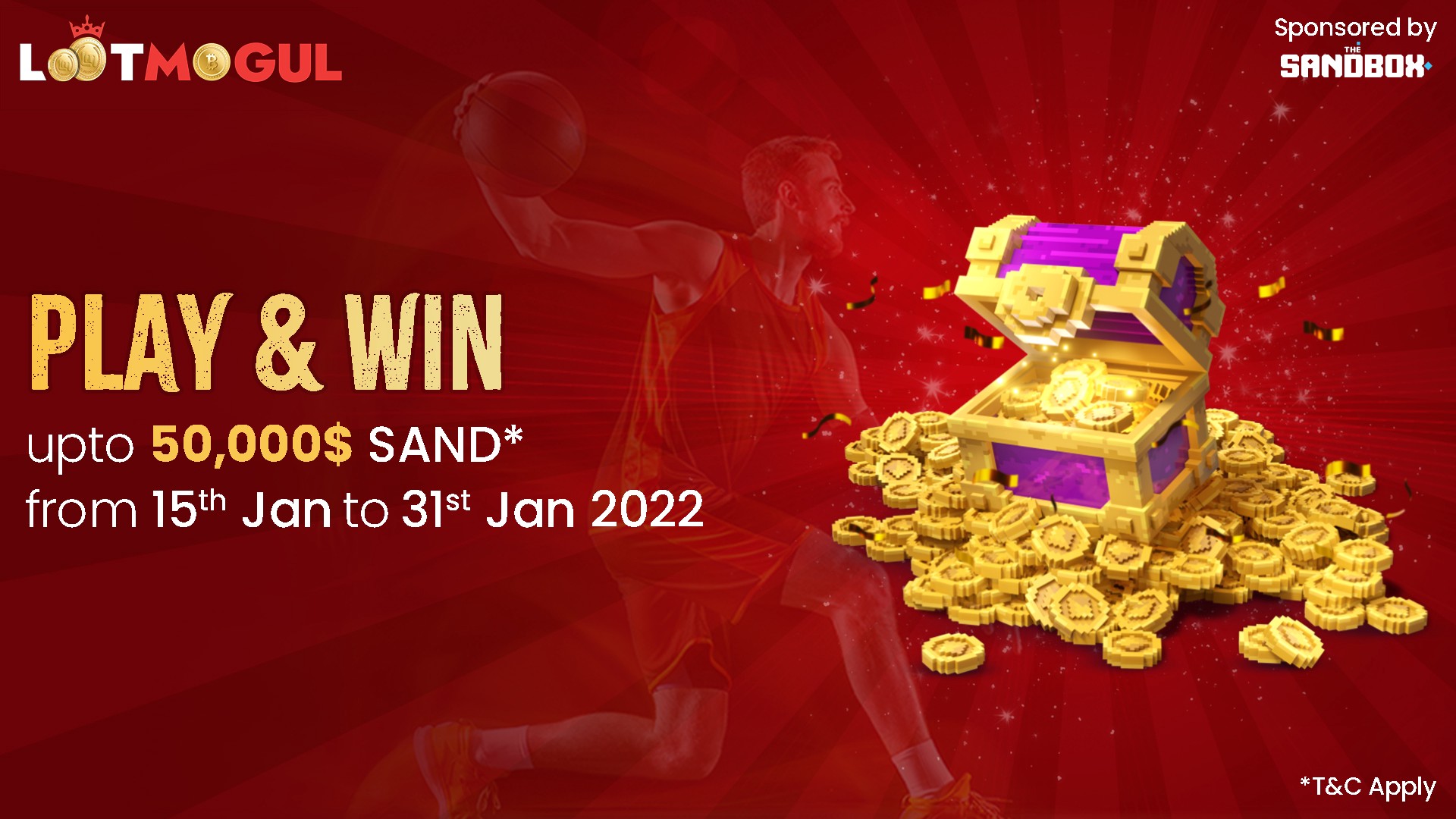 The Sandbox teamed up with LootMogul to sponsor a tournament to win up to 50,000 $SAND tokens...

The Sandbox teamed up with LootMogul, a platform that hosts worldwide contests, to sponsor a tournament to win up to 50,000 $SAND tokens.

The Sandbox is aiming to launch a series of tournaments and contests co-hosted in the LootMogul platform, the first of which will debut tomorrow and will run for two weeks, between January 15th and January 31st. During this period, the community will compete and take part in different gaming contests to win a share of 50,000 $SAND pool. The Sandbox team added that future tournaments might include more $SAND tokens and in-game NFTs to be won as part of the contests.

Take part in the first #TheSandbox sponsored tournament with @LootMogul, where you could win up to 50,000 $SAND (starting 15th Jan)! 💰 https://t.co/VJIJ190SRM

Following the first tournament, there will be more events and contests hosted by LootMogul that will give players a chance to play and earn various NFT prizes, $SAND tokens, and other in-game assets, so keep an eye on The Sandbox and LootMogul Twitter feeds for more hints.

"The gaming industry has always been on the bleeding edge, blockchain gaming is widely viewed as emerging technology. With the introduction of the concept of a "metaverse", the goal is to empower folks with the ability to earn and hold digital assets that can exist within or outside of any game. Through this partnership, we explore synergies with the SANDBOX game that would benefit both our audiences, engaging them with possibilities which may not have been possible without this partnership." Raj Rajkotia said, LootMogul founder & CEO.