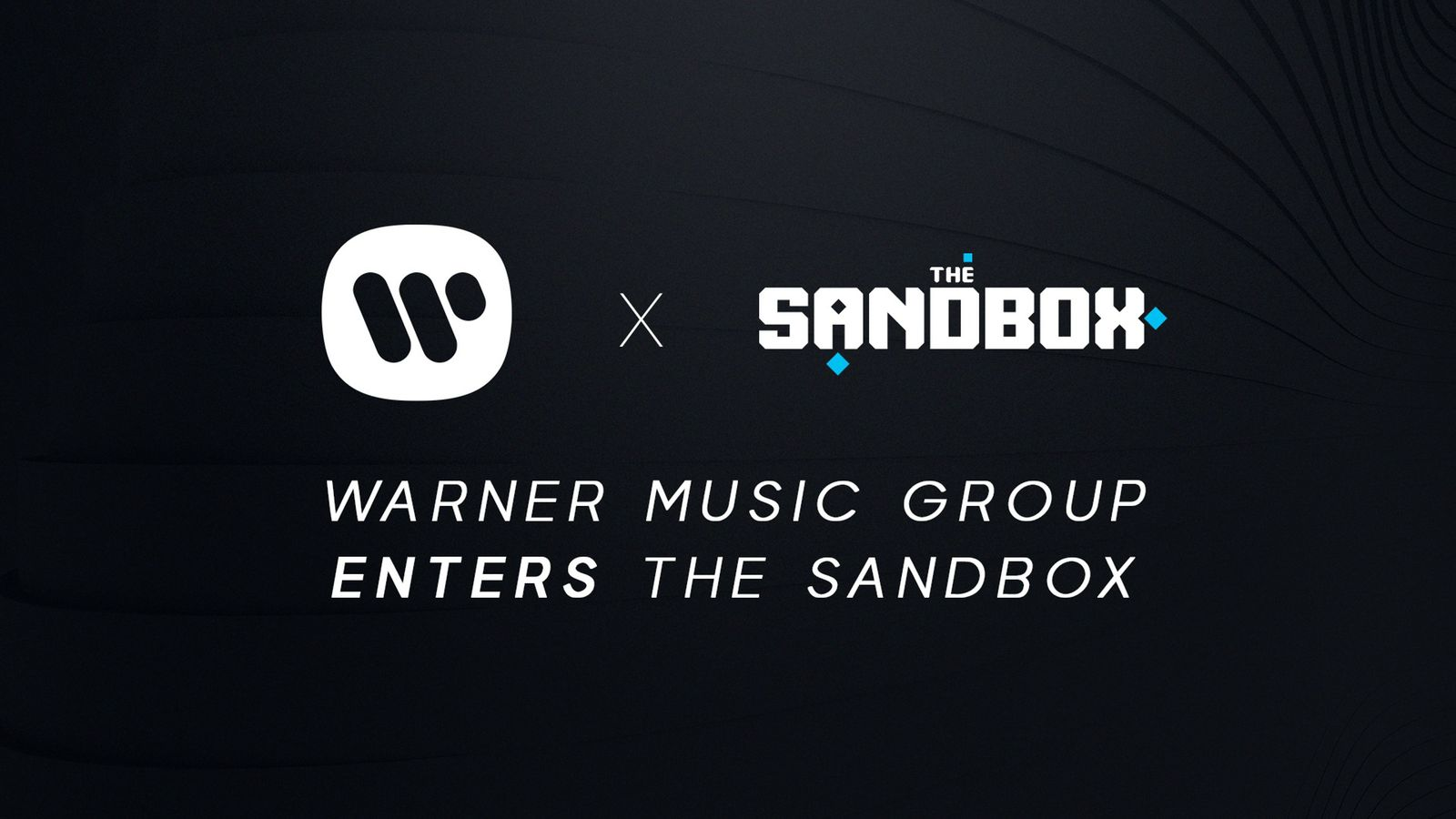 The Sandbox & Warner Music Teams Up to Create Music-Themed Metaverse

The Sandbox, has partnered with Warner Music Group (WMG) to create the first music-themed metaverse...

Decentralized gaming virtual world, The Sandbox, has partnered with Warner Music Group (WMG) to create what it considered to be the “the first music-themed realm” within The Sandbox metaverse.

With this collaboration, Warner Music Group (WMG), one of the world’s leading music companies, marks its first steps into the non-fungible token (NFT) industry and the virtual realm. Its mission is to create immersive social experiences that will help Warner Music artists succeed. The Sandbox can surely provide artists a new way to interact with their fans, try out virtual entertainment, and establish new money streams while reaching a worldwide audience.

🤝 Join us in welcoming none other than... @warnermusic to The Sandbox! 🎶

Their LAND will be the first of its kind in the #Metaverse which will feature live concerts & music experiences from WMG’s huge roster of musical talent!

“Our partnership with The Sandbox adds a new layer of possibility in the metaverse, with the ownership of virtual real estate. As a first-mover, Warner Music has secured the equivalent of beachfront property in the metaverse. On the LAND, we’ll develop persistent, immersive social music experiences that defy real-world limitations and allow our artists and their fans to engage like never before.” said Oana Ruxandra, Chief Digital Officer & EVP, Business Development at Warner Music Group.

As part of the deal, WMG acquired an ‘Estate’, which will serve as a portal for some of WMG's artists to appear in The Sandbox; therefore, opening up a new arena for musical entertainment in the metaverse. This ESTATE will be a combination of a musical theme park and a performance venue, including concerts and musical experiences from WMG's top musicians.

“As a former entertainment executive, I’m very excited to have one of the biggest music companies in the world with some of the most talented artists joining The Sandbox to create talent-oriented experiences,” said Bertrand Levy, VP Global Partnerships of The Sandbox.