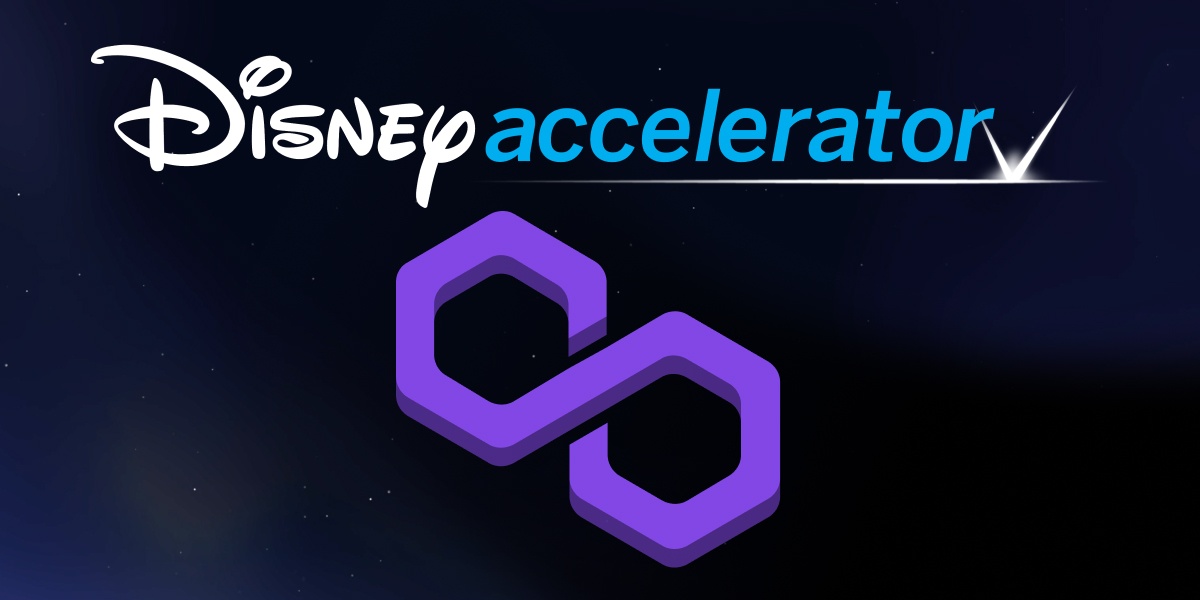 The Walt Disney Announces Polygon as Part of its Accelerator Program‍

According to a statement released by Disney on Wednesday, Polygon is one of six companies chosen to join Disney's 2022 Accelerator program, a business and development program meant to stimulate the growth of creative enterprises across the world. The only blockchain-native platform picked was Polygon. Flickplay, Inworld, Lockerverse, Obsess, and Red 6 are the others selected. The only other two that are clearly native to Web3 are Flickplay and Lockerverse.

🚨Interrupting the #GreenBlockchainSummit for some breaking news!

We're excited to be the only blockchain chosen to be a part of the Disney Accelerator program. 🎉👇 https://t.co/LaGU4bhidi

The Accelerator Program this year will put a special emphasis on using augmented reality, non-fungible tokens, and artificial intelligence characters to "create the future of immersive experiences." The program is on corporate growth or "how" a firm may utilize modern technologies to produce enduring stories, like the ones people associate with Disney.

The executive team of Disney will provide direction to each firm chosen to take part in the initiative, and Disney will designate a dedicated mentor for each team. In the fall, there will be a Demo Day where the teams are expected to present the work they have been doing during the program.

The program will conclude with a Demo Day in the fall at The Walt Disney Studios lot in 👉🏻 Burbank, California.
☀️🌴 🙌🏼

Stay tuned for more updates. Our imaginations are already on fire 🔥🚀

“For nearly a century, Disney has been at the forefront of leveraging technology to build the entertainment experiences of the future,” said Bonnie Rosen, General Manager of the Disney Accelerator program. “The Disney Accelerator is thrilled to be part of that legacy, and with our newest class of companies, we look forward to furthering our commitment to innovation and continuing to bring magical experiences to Disney audiences and guests for the next 100 years.”

In 2022, Polygon has received a lot of media attention. One of the few blockchains that have made a public effort to address the potentially negative emissions this technology can produce. Due to its affordable prices and environmental acceptability, Polygon has been used for drops in several projects.