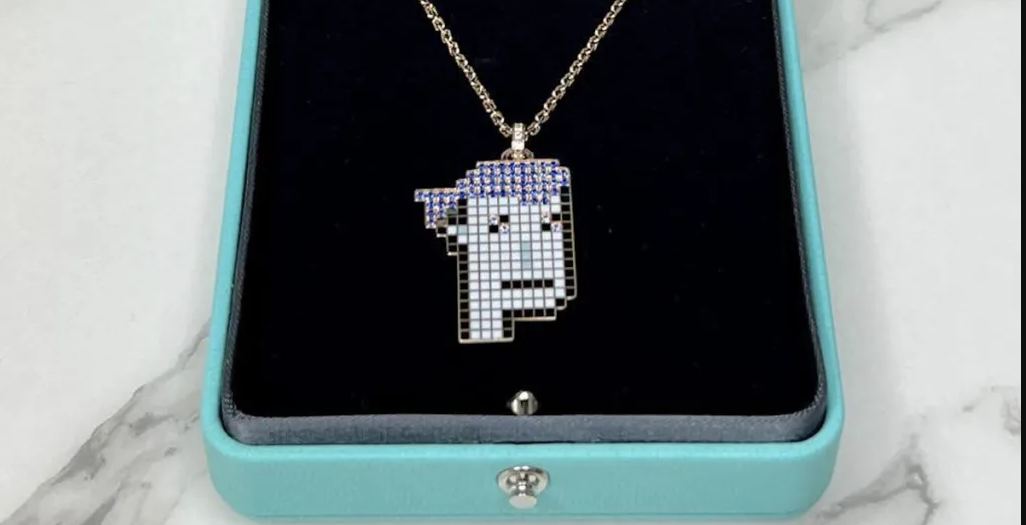 The customized pendants are set to cost 30 ETH a pop and will go on sale on August 5...

The jewelry company unveiled handcrafted CryptoPunk pendants priced at 30 Ether (ETH), equivalent to $48,600 each at the time of writing.

NFTiffs' FAQ page states that the NFTiff token sale will begin on August 5 at 2:00 PM UTC and that it will only be possible to buy NFTiff tokens on the official platform.

Each CryptoPunk is only permitted to mint a single necklace using a maximum of three NFTiff tokens. Based on the NFT's color scheme, the pendants may be individually designed using 159 colors and 87 distinct qualities. The pendant will be made of 18-karat rose or yellow gold.

If every necklace in the limited edition sells out, Tiffany & Co. will earn 7,500 ETH, which is presently worth $12.7 million.

Alexandre Arnault, a vice president at Tiffany & Co. and the owner of CryptoPunk #3167, initially announced the campaign in April. Arnault unveiled his new rose gold and enamel CryptoPunk in a tweet. It has been upgraded with a new pair of sapphire and Mozambique-colored glasses and a round yellow diamond earring.

When punks go wild at @TiffanyAndCo

“No, we’re not launching our own cryptocurrency,” Tiffany & Co. stated on its website. “But these very real limited-release 18k gold coins are a modern version of our Tiffany Money and celebration of our history.”

The jewelry firm made its first foray into NFTs in March when they paid $380,000 for an Okapi NFT created by modern artist Tom Sachs. Since then, Tiffany & Co. has made the NFT-style rocket their Twitter profile picture.

TiffCoins, a limited edition of 400 18-karat gold coins with the business emblem uniquely etched on each coin, were also manufactured by Tiffany & Co. on April 1 in honor of April Fool's Day.