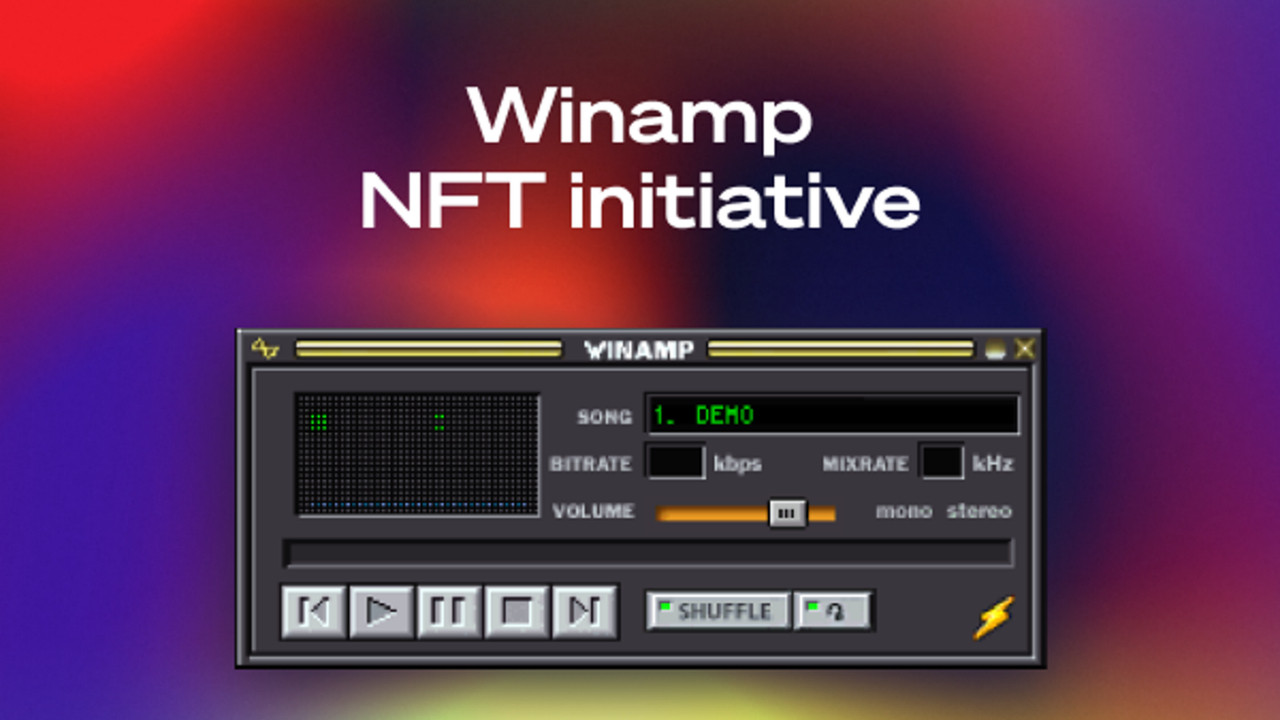 Winamp will Auction its Iconic 1997 skin as NFT

The original skin of Winamp's media player will be auctioned off as a non-fungible token...

The original skin of Winamp's media player will be auctioned off as a non-fungible token. Following the 1/1 auction, a second sale of 20 artworks based on the original skin and minted on the Ethereum blockchain will take place.

The team is thrilled to announce the auctioning of Winamp Original Skin as 1/1 NFT AND the launch of Winamp Foundation!🚀 All funds collected will be redistributed to charity projects supporting music & musicians. Curious? https://t.co/jC3zDdNfM5#Winamp #NFT #crypto #nfts pic.twitter.com/NNU8GNDunj

Artists who are interested in participating must submit their work by April 15th. Artists will receive 20% of the proceeds from the original sale and 10% of any subsequent sales, according to Winamp. The majority of the money will go to the Winamp Foundation, which will donate it to charities.

Since its debut as the dominant media player in 1997, Winamp has had its ups and downs. According to reports, it was shut down for a long time before being relaunched as a mobile audio app as part of a larger relaunch this year.