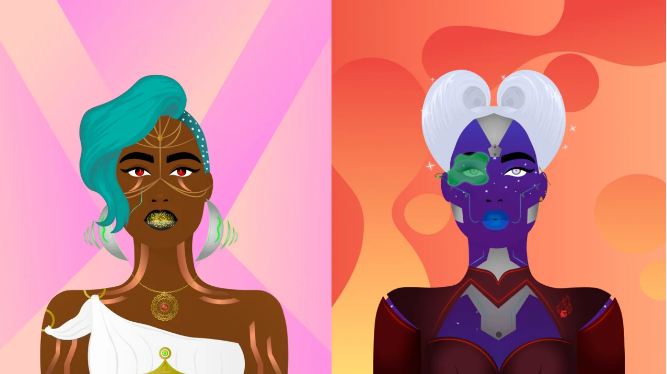 World of Women has released a new Galaxy NFT collection with a total of 22,222 profile pictures...

World of Women has released a new Galaxy NFT collection with a total of 22,222 profile pictures. On the first day, the primary mint and secondary trading generated $79 million in sales.

Since the beginning of the year, the price of World of Women (WoW) has risen as celebrities buy in and the initiative follows Hollywood's aspirations. On Saturday, WoW debuted World of Women Galaxy, a secondary NFT collection that rapidly sold out.

World of Women Galaxy, according to the project's creators, made $79 million in purchases in its first 24 hours of availability. As per Cryptoslam data, this comprises $34 million in primary sales from the first mint, as well as $45 million in secondary market transactions.

Since the start of secondary trading on Saturday, the total amount traded has surpassed $60 million. As a result, World of Women Galaxy has done more trading volume in the last two days than other major NFT profile picture (PFP) projects such as Azuki ($49.5 million), the Bored Ape Yacht Club ($45 million), and the Mutant Ape Yacht Club ($42.3 million) have done in the previous week.

Original holders are entitled to one Galaxy NFT for each World of Women NFT they own, and additional 2,222 Galaxy NFTs were made available at a reduced price to "particular persons and communities" seeking to expand access to the NFT market.

The WoW Foundation, which promotes possibilities for women in the growing Web3 and metaverse realms, will receive a portion of primary and secondary profits from World of Women Galaxy.