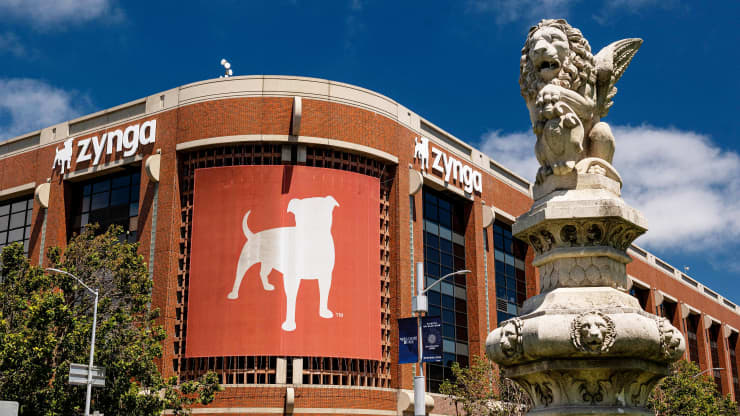 Matt Wolf, Zynga's vice president of blockchain gaming, states that the talent pool in P2E gaming is "off the charts."

Matt Wolf, Zynga's vice president of blockchain gaming, states that the talent pool in P2E gaming is "off the charts."

Following the announcement of the FarmVille and Words With Friends developer Zynga's entry into P2E gaming and Web3 acquisitions, the company's vice president of blockchain gaming, Matt Wolf, stated that the company is forming a new team to bring "traditional gaming experience" to P2E.

The team at Zynga have hired a new VP for blockchain gaming inside their organisation. This looks to be a clear positive stance on the space.

With their enormous user base, this is bullish news for NFT’s!

Wolf told Cointelegraph that the talent pool in P2E gaming is "off the charts" in terms of economics and traditional finance firepower, as well as innovation and technology.

“Off the charts in terms of economics and traditional finance firepower — incredible people. Also, on the innovation side and on the technology side, it’s off the charts”, he said.

He did admit, however, that the level of talent in the gamification of NFT and P2E games is "thin." While he has previously admitted that Zynga's team lacks experience in developing Web 3 games, he is confident that Zynga's "strong game muscle" will breathe new life into the space. Zynga has strong game mechanics, according to Wolf, and he said "we're developing our DeFi muscle." They're looking for more specialists who "have that piece of the puzzle." Overall, Zynga is focused on "creating fun, value, and purpose-built games with stability and trust at the core."

When asked if the anti-blockchain and anti-P2E sentiment could pose a challenge to a "traditional" game developer, Wolf was cautious and said,

“As you look at the historical nature of the gaming community, you’ve witnessed folks standing on the sidelines and are resistant to change. They had the same sentiment when free-to-play was launched, and you’re seeing much of that now.”

Ultimately, Wolf reckons the “overall anti-blockchain sentiment will fizzle out.”