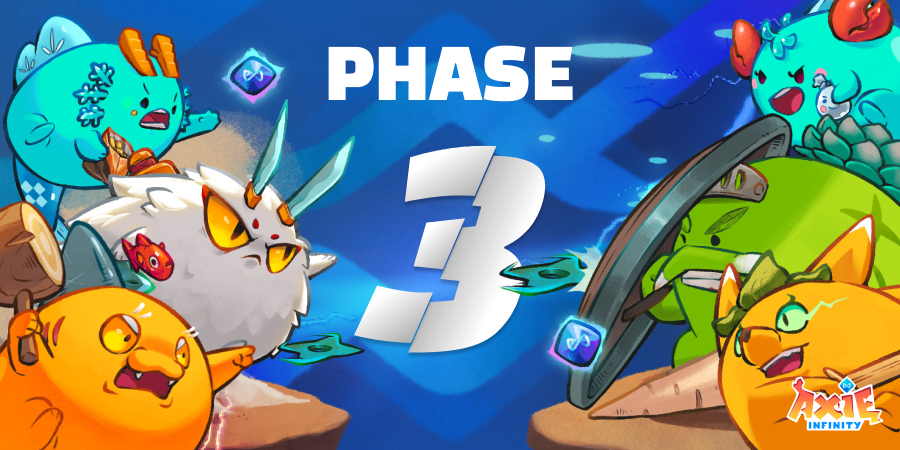 New game mode comes with a variety of important gameplay and economic updates...

‍Axie Infinity, a play-to-earn (P2E) blockchain game, has totally removed the token incentives from its classic game mode in an effort to draw players to a new game mode dubbed ‘Axie Infinity Origin’.

According to the Axie Infinity creators, Smooth Love Potions (SLP) will no longer be able to be minted in the game's classic mode as of this Friday. The SLP rewards will be transferred to the new game mode, according to the development team. While Axie Infinity undergoes a monitoring phase to look for bugs, abuses, and vulnerabilities, minting won't be available for 30 days.

This marks the transition into Origin Phase 3 🛠️

Phase 3 comes with a variety of important gameplay and economic updates so make sure to review the article carefully.

In addition, the team emphasized that switching from the old game mode to the new one will "balance the SLP economy." The team will also permit utilizing SLP to craft other in-game boosts like runes and charms in the new mode to give more utility to SLP.

The Axie Infinity team removed the SLP rewards for the adventure mini-game and daily quests in classic mode back in February in an effort to stabilize the SLP token's economy. Despite the team's efforts, the token has dropped 98.7% of its value since reaching an all-time high of $0.39 in July 2021.

In 2021, Axie Infinity non-fungible token (NFT) game had popularized the P2E concept and accounted for roughly two-thirds of all NFT transactions in blockchain games. At NFT Drops Calendar, we previously reported that the project has seen $3.5 billion in NFT trades in the last year.

Despite the fact that the Axie Infinity project's crypto tokens did not perform well during the crypto winter, the project's NFT transaction volume increased 205% in July. Its co-founder Jeff Zirlin stated that the project is "healing," citing the game's NFT land staking feature's positive reception.