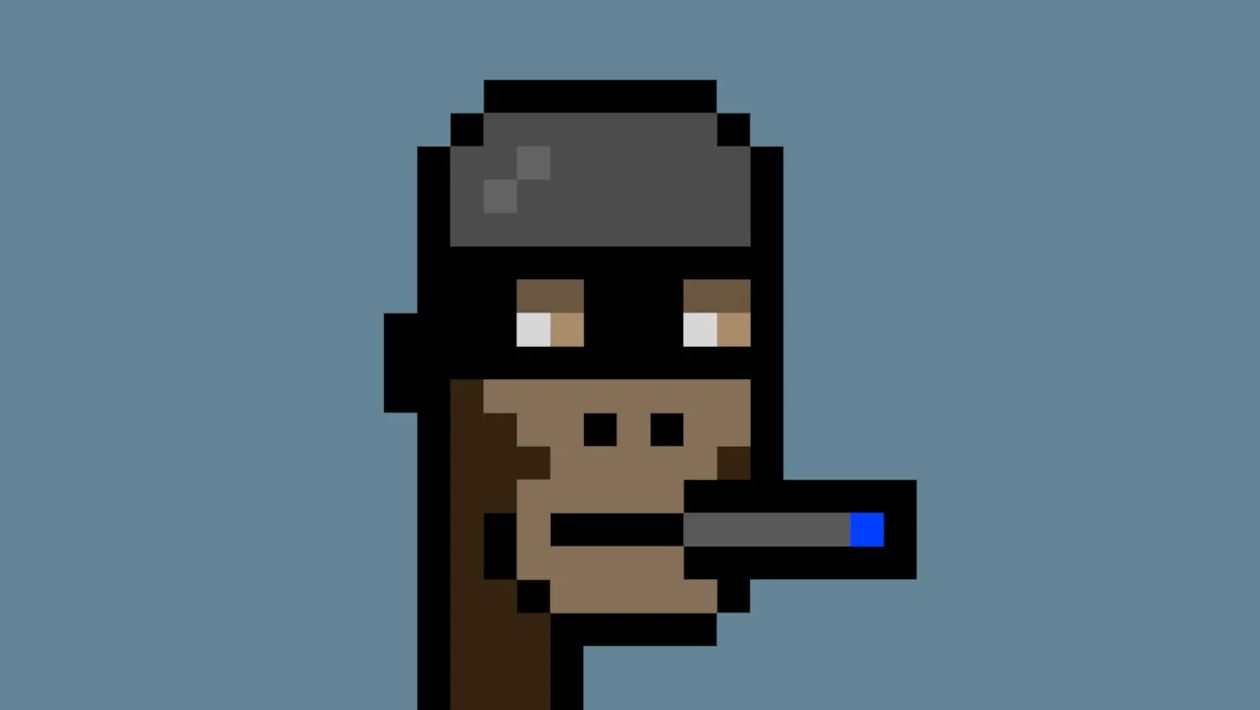 Rare CryptoPunk sells for $2.6M as the collection continues resurgences...

Since the crypto market has been struggling for months, NFT prices and trading volume have plummeted. However, as we witnessed last night, a desired NFT may still fetch a multi-million dollar price tag even during the so-called crypto winter.

As part of the collection's recent comeback, a rare CryptoPunk non-fungible token (NFT) sold for 2,500 ether (ETH), or nearly $2.6 million, on Tuesday night. There are only 24 apes like this specific Ethereum NFT In the whole collection of 10,000 profile pictures, and it has accessories like a durag, an eye mask, and a vape pen.

According to the official marketplace, this NFT is tied with two other apes for the fourth-largest CryptoPunks NFT sale of all time in terms of ETH price. The USD value of each sale, however, changed substantially due to the fluctuating price of ETH.

Only alien-trait CryptoPunks have sold for more ETH than the apes. CryptoPunk #5822, which sold for 8,000 ETH in February, or $23.7 million at the time, holds the record for any single CryptoPunk sale in terms of both ETH and USD. Deepak Thapliyal, CEO of blockchain firm Chain, bought it.

‍Vapeape, a co-founder of Nouns and a pseudonymous collector, sold CryptoPunk #4464.  It is not immediately clear who bought the $2.6 million Punk, although the same wallet holds 25 total CryptoPunks and has spent 3,600 ETH on them (roughly $3.85 million).

This marks the highest NFT sale over the past 30 days, according to data from CryptoSlam, beating out two Bored Ape Yacht Club NFTs that sold for $1.2 million and slightly over $1 million, respectively.

‍Cryptopunks NFT collection is considered one of the most valuable and successful NFT initiatives out there. The Ethereum project, which Larva Labs launched in 2017 as a free experiment, has so far generated secondary trade volume of more than $2.3 billion amid rising demand.

According to CryptoSlam, only Axie Infinity and the Bored Ape Yacht Club have reported higher all-time trade totals. The Bored Apes' developer, Yuga Labs, recently acquired the CryptoPunks IP from Larva Labs and granted owners access to commercial rights, enabling them to utilize their owned images to produce goods and other ventures similar to the Bored Apes.