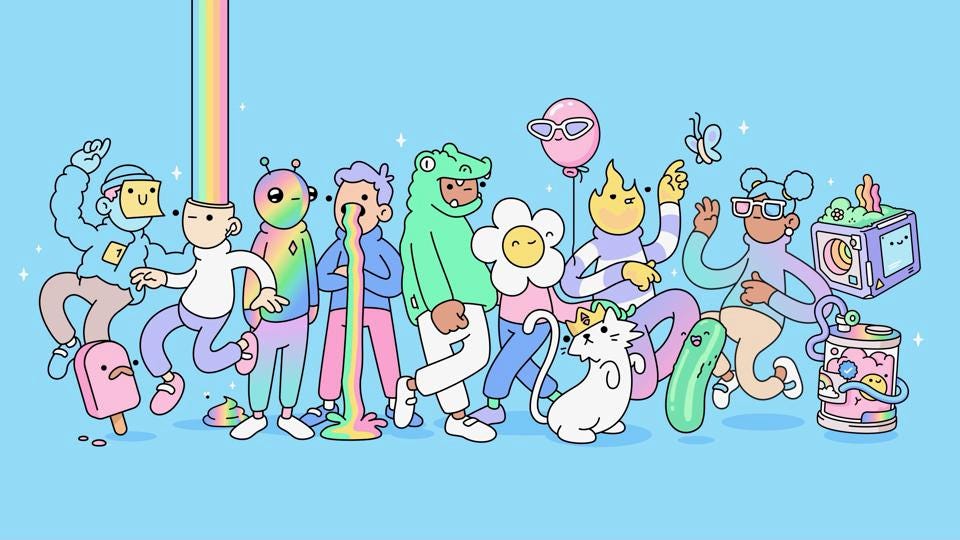 Following the news of a $54 million fundraising round on Tuesday, Doodles are in high demand, and sales are soaring. Over the past 48 hours, the Ethereum NFT collection has seen a more than 1,200% increase in sales.

According to data from CryptoSlam, $2.1 million worth of Doodles NFTs was traded throughout the course of the previous day. According to the platform's rankings, which take into account sales from all marketplaces, that is a 1,224% increase over the previous 24-hour period.

Doodles revealed on Tuesday that it had raised $54 million at a valuation of $704 million in a fundraising round led by Seven Seven Six and including 10T Holdings, Acrew Capital, and FTX Ventures. Doodles stated that the funding will enable it to develop its business plan and monetize its intellectual property on a worldwide scale through initiatives in the music, cultural, and entertainment sectors.

"We believe Doodles is developing the next digital frontier of how we experience and create content, unlocking the real value behind NFTs. Doodles is changing how the world connects and interacts by reimagining storytelling through the blockchain," said Katelin Holloway, founding partner at Seven Seven Six.

Co-founded by Web3 pioneers Evan Keast and Jordan Castro, and digital artist Burnt Toast, Doodles collection consists of 10,000 NFTs, and it is renowned for its vibrant universe and happy cartoon character images of mascots, cats, aliens, apes, and skeletons that were created on the Ethereum blockchain. The NFTs in the collection were hand-drawn using hundreds of attributes. Dapper Labs, a blockchain software development company, established the business in 2021.

In June, Doodles, which showcases works by artist Scott "Burnt Toast" Martin, revealed plans to introduce the Doodles 2 collection, which would feature millions of customizable avatars. It is anticipated to launch on a blockchain network, which has not yet been given a name, that enables faster transactions at a lower cost than Ethereum's mainnet.

The Doodles team initially revealed the investment round from Seven Seven Six during an NFT NYC event in June, but they withheld the amount or the names of other investors. It was also stated that Pharrell Williams, a producer, and musician, had joined as Chief Brand Officer and was going to be the executive producer of an album of music that would be inspired by the project.