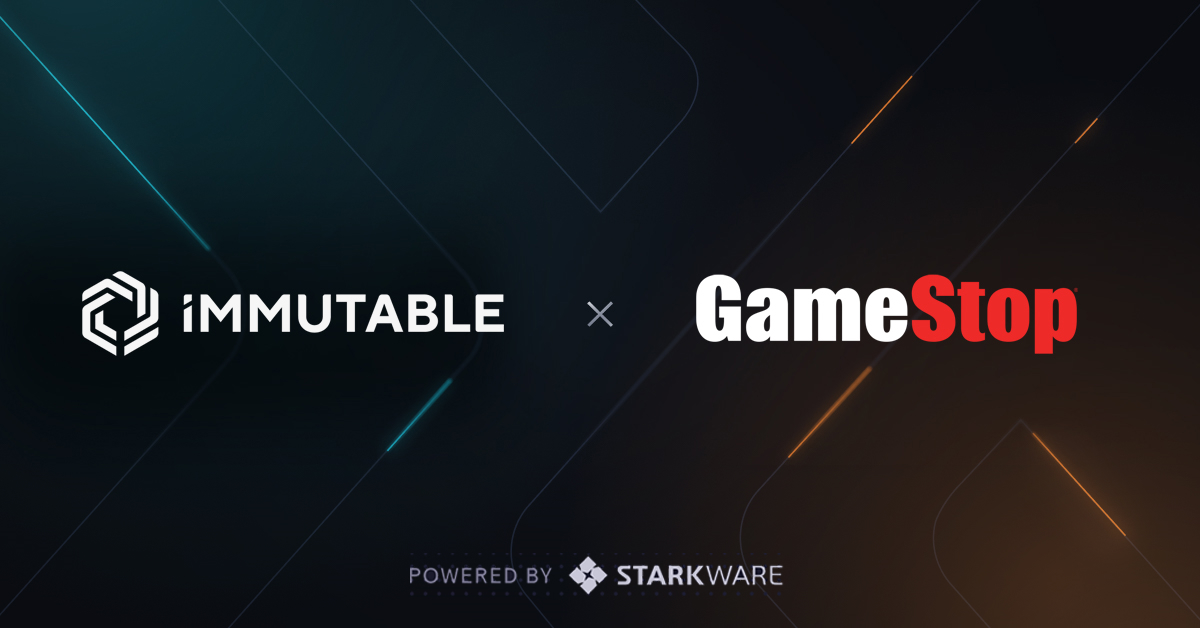 Gamestop will use Immutable X's Ethereum scaling solution, with a $100 million worth of $IMX as token grants for crypto game developers...

The gaming retailer giant, Gamestop, will use Immutable X's Ethereum scaling solution, with a $100 million worth of $IMX as token grants for crypto game developers.

GameStop has partnered with Immutable X to launch an non-fungible token (NFT) marketplace later this year. Immutable and GameStop are also launching a $100 million fund to help game developers and studios build on Immutable X and the NFT marketplace.

Power to the creators! https://t.co/mYI9AdybEM

As a matter of fact, Gamestop risks enraging hardcore gamers and game developers who have expressed their displeasure on social media that NFTs are either deceptive or a cash grab. Earlier this year, Sega announced that it is reconsidering its plans regarding the Play-to-Earn (P2E) model and the implementation of NFTs in its games, following the community backlash on this matter. Thus, it is  unclear how GameStop customers will react, as many gamers who don't seem to like NFTs, but many others have embraced radical new ownership theories.

Immutable X is built on the Ethereum blockchain and is intended for token-driven video games and NFT-based projects. It inherits the Ethereum mainnet's security, but it can handle a much higher volume of transactions at much lower costs, leaving a much smaller environmental footprint in the process.

Immutable X essentially takes hundreds of thousands of transactions handled on its own blockchain, rolls them up, and commits them to Ethereum's mainnet. Immutable X is based on the zero-knowledge proof technology developed by StarkWare.

GameStop’s marketplace will focus on NFT items that can be used within games, such as those with a play-to-earn model.

“This is a huge leap forward for the gaming industry and blockchain,” Immutable co-founder and CEO Robbie Ferguson said. “It is further validation that NFTs and blockchain have tremendous utility and are reaching a much broader audience.”

Gamestop and Immutable X have established a fund that will provide up to $100 million to help yield the next wave of NFT-fueled video games.

Ferguson said that the fund will provide grants of Immutable X’s $IMX token to studios that build on the platform and use GameStop’s marketplace—to “attract the best developers and studios and accelerate mass adoption”.