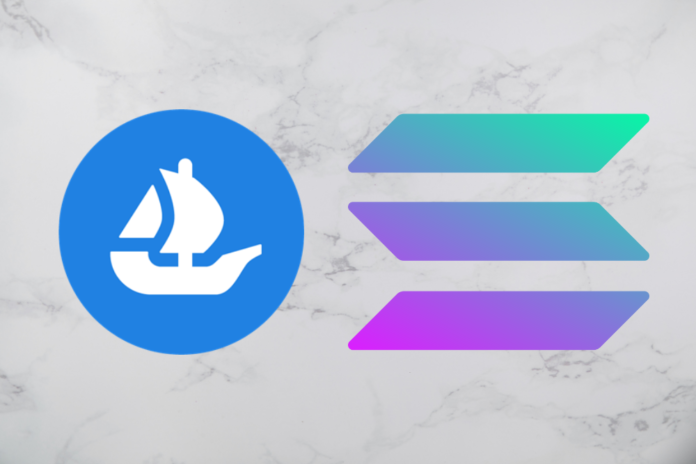 NFTs minted on the Solana blockchain network are now available to trade on OpenSea...

NFTs minted on the Solana blockchain network are now available to trade on OpenSea, the largest NFT marketplace by volume, following last week's official teaser that support was on the way.

Solana support has been added in beta with "limited collection coverage," according to the marketplace. Although OpenSea claims to support 165 collections, a search of the marketplace by chain reveals that more than 865,000 NFTs have been minted on Solana.

The moment you’ve been waiting for… @Solana is officially on OpenSea – starting today, with our initial beta!https://t.co/VjhqeGHZxc

The arrival of Solana on OpenSea had been long anticipated. Leaked images started appearing in January and continued until last week's official tease, when users noticed apparent Solana wallet integrations being added to the marketplace.

Solana NFTs were live on OpenSea ahead of the official announcement earlier today, but then went missing for several hours. Because the absence coincided with Solana network issues, many on social media speculated that OpenSea had postponed the launch due to network congestion. However, OpenSea made no official statement to that effect.

Earlier, members of OpenSea's community team on Discord responded to user complaints about problems purchasing Solana NFTs on the marketplace. According to one representative, "the whole company is on this right now," presumably referring to getting Solana NFT functionality to work as expected.

Solana Labs co-founder Anatoly Yakavenko responded to complaints about Solana's network performance on Twitter. In one tweet, he stated, "Performance sucks under load." Fixing it is the highest priority,” and elsewhere wrote in defense of public criticism, tweeting, “Shame helps, a fire under your ass keeps you focused."

OpenSea is different among Solana marketplaces in that it allows users to hold listed NFTs in their own wallet. "On OpenSea, you don't have to choose between liquidity and control—when you list, your NFTs stay in your wallet until they're sold," OpenSea noted, referring to competitors such as Magic Eden and FTX NFTs.