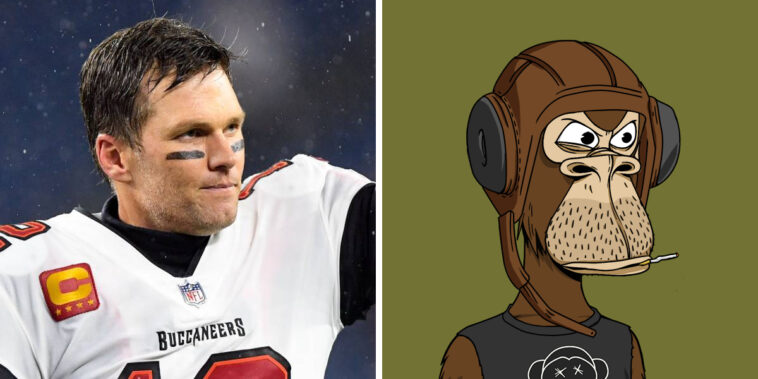 Tom Brady is expanding his non-fungible token portfolio by purchasing Bored Ape Yacht Club, one of the most popular NFTs on the market.

The remark, which many interpreted as confirmation of the purchase, refers to #3667's "Bored Unshaven Cigarette" mouth characteristic. Some people have mistaken it for a "joint" instead of a cigarette.

If the reports are accurate, Tom Brady will be one of the most famous members of the Yacht Club. He is only the second significant celebrity to buy a BAYC NFT since the launch of ApeCoin in March, joining Madonna, Ozzy Osbourne, and many others.

BAYC is now largely regarded as the most high-profile photo NFT project in the world, overtaking the once-dominant CryptoPunks collection. And Brady will be remembered as one of the greatest players in NFL history.

It's unclear whether Brady's admission to the Yacht Club signals potential cooperation between BAYC and Brady's crypto interests, or if he'll simply be another high-profile celebrity to join the Club.